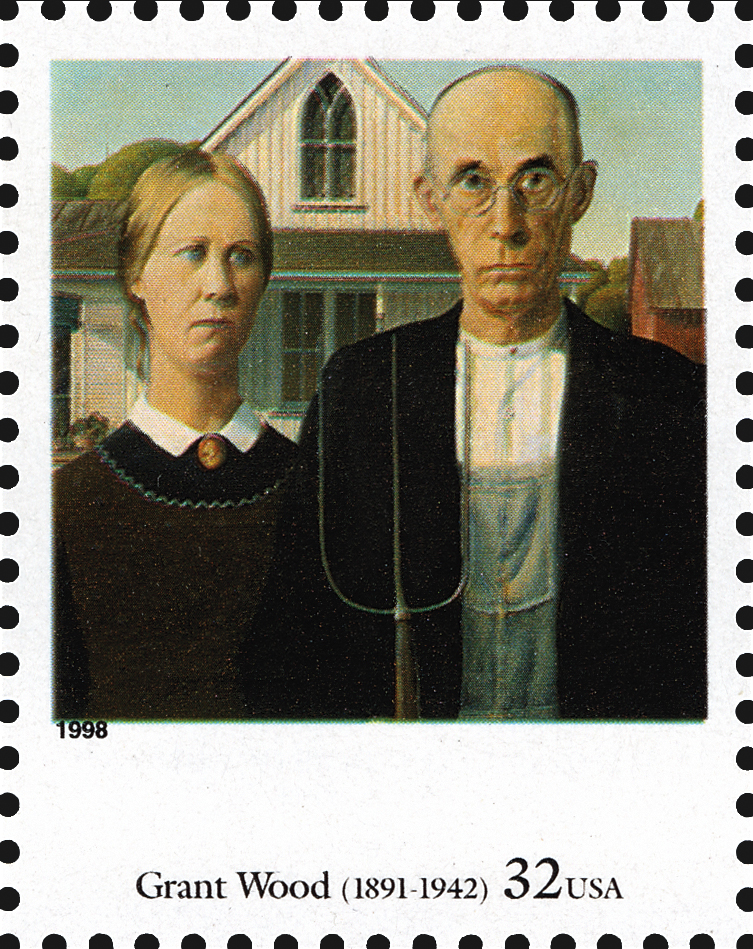 American artist Grant Wood, born in Iowa on Feb. 13, 1891, is best known as the painter of American Gothic, an oil painting on beaver board completed in 1930.

The portrait showing an American farmer and his daughter posed in front of their neat white farmhouse was entered into a competition sponsored by the Art Institute of Chicago, and won third prize.

The museum, which owns the painting still, states, "The highly detailed style and rigid frontal arrangement of the figures were inspired by Northern Renaissance art, which the artist studied during three trips to Europe."

Wood's fame grew quickly as the popularity of the painting spread, with interpretations of the artist's intent ranging from a parody of rural America to a tribute to the strength and character of those who work and live there.