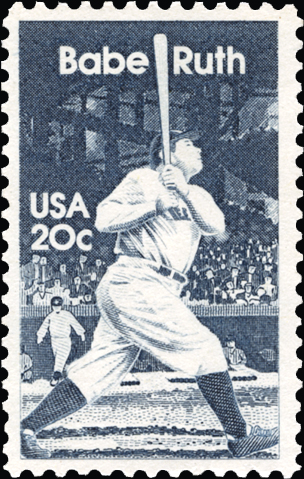 Babe Ruth was born George Herman Ruth Jr. in Baltimore, Md., on Feb. 6, 1895. During his years at St. Mary’s Industrial School for Boys, he was introduced to the game of baseball by Brother Matthias, one of the school’s disciplinarians.

Ruth began playing with the Baltimore Orioles, then a minor league team, at age 19. He was a pitcher at first, but after a stint in the major leagues with the Boston Red Sox, his contract was sold to the New York Yankees, and he was converted to the outfield so his powerful bat could be in the lineup every day.

When he retired in 1935, Ruth had hit 714 career home runs, another record. He was inducted into the National Baseball Hall of Fame in 1936, one of the first five players to be so honored.