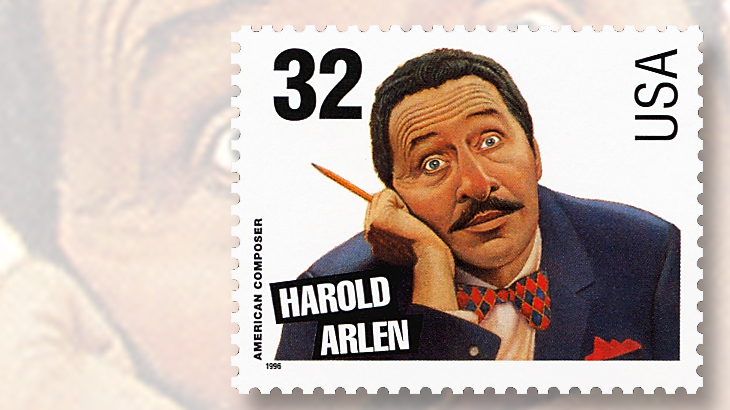 The music for Over the Rainbow, the soaring ballad sung by young Judy Garland early in the 1939 film classic The Wizard of Oz, was written by the gifted Harold Arlen. The song went on to win the Academy Award for best song in a motion picture for Arlen and lyricist E.Y. “Yip” Harburg.

Harold Arlen was born Hyman Arluck on Feb. 15, 1905, in Buffalo, N.Y. His father was a cantor and choir director, and his mother also encouraged her son’s musical interests and training as a pianist.

With a developing love of jazz, Arlen performed with music groups in his teens as pianist and singer, and by age 20 he was singing and recording with the Buffalodians, one of the top bands in the city. About that time, he met and became good friends with Ray Bolger, the actor and dancer who would later star as the Scarecrow in The Wizard of Oz.

Performing soon gave way to songwriting for Arlen, and he created some of the era’s top hits, working with lyricists Ted Koehler (on Stormy Weather and I’ve Got the World on a String), Johnny Mercer (Ac-Cent-Tchu-Ate the Positive, One for My Baby, That Old Black Magic), Harburg (It’s Only A Paper Moon with co-writer Billy Rose, Last Night When We Were Young), and others.

All told, Arlen wrote more than 500 songs, many of them considered popular standards today. Married for more than 30 years to actress and model Anya Taranda, Arlen died April 23, 1986, at age 81.