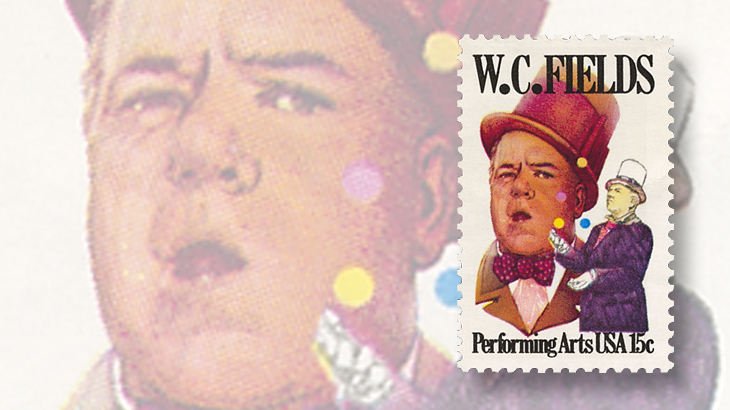 W.C. Fields (born William Claude Dunkenfield in Darby, Pa., on Jan. 29, 1880) was a famous comedian, film actor and radio star during the first half of the 20th century.

Fields learned to juggle at an early age and ran away from home, eventually landing work entertaining crowds and making a name for himself in vaudeville. Though he started with a mostly silent juggling act, he began adding muttered asides, a shtick that would become one of his many comic trademarks.

He was a fixture of the Ziegfeld Follies at age 25 and broke into silent films with roles he often wrote for himself.

When the “talkies” arrived, Fields honed his film reputation as a drawling and cantankerous character who was much more fond of his drink than he was of his fellow man.

He made his most popular films for Universal Studios in the 1940s, including My Little Chickadee with Mae West, The Bank Dick, and Never Give a Sucker an Even Break. His health declined from that point, and Fields died at age 66 on Dec. 25, 1946.

The United States Postal Service issued a 15¢ stamp honoring W.C. Fields on Jan. 29, 1980, the 100th anniversary of his birth (Scott 1803), as part of its Performing Arts commemorative series. The design by Jim Sharpe includes a small image of Fields juggling.