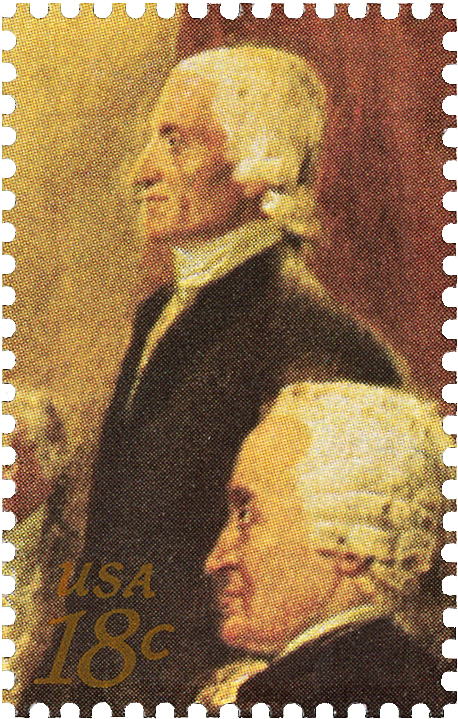 The first patriot to sign the Declaration of Independence added a signature so bold that it has become the single act for which he is best known.

John Hancock was born Jan. 23, 1737, in Braintree, Mass. After graduating from Harvard in 1754, Hancock became a wealthy merchant and, it is said, he had a flair for smuggling.

He would enter politics, intent on supporting American independence. He joined the Massachusetts General Assembly in 1763, and would protest the imposition of taxes and other policies upon the colonies by the British.

Hancock contributed financial backing for the revolution, and helped to organize American troops. He also served as president of the Continental Congress.

In a souvenir sheet issued May 29, 1976, to commemorate the American Revolution, Hancock is shown seated on an 18¢ stamp, with Charles Thomson standing next to him. (Scott 1687d).