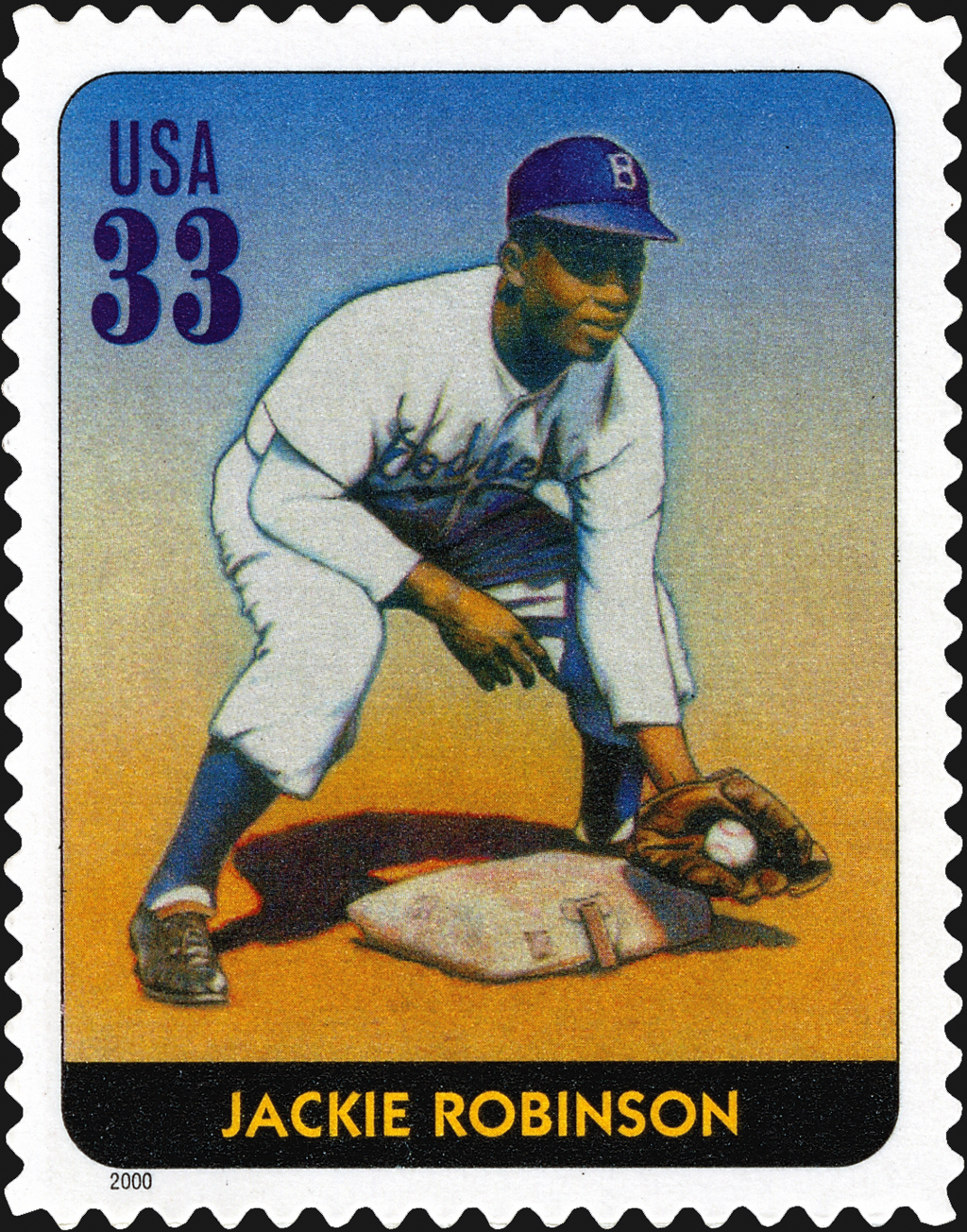 Baseball legend and civil rights activist Jackie Robinson was born Jan. 31, 1919. He has been honored on three U.S. stamps, including this one from 2000.

Born Jack Roosevelt Robinson in Cairo, Georgia, on Jan. 31, 1919, Jackie Robinson would enter the history books at age 28 on April 15, 1947, when he became the first black baseball player in the major leagues in what is known as baseball’s modern era, thereby successfully integrating the game.

Robinson, a second baseman, was widely admired as a role model for his leadership, and for his talent and achievements on the field, but he also faced prejudice and harassment from some fans and fellow players.

Robinson played 10 seasons for the Brooklyn Dodgers. He was the National League batting champion in 1949 and would win the NL Most Valuable Player award that year. The Dodgers won the World Series in 1955, and Robinson retired at the end of the 1956 season.

He was inducted in the National Baseball Hall of Fame in 1962, and his uniform number 42 was retired by every team in the major leagues in 1997.

Robinson died in 1972 after battling heart disease and diabetes.

The United States Postal Service has honored Jackie Robinson on three different stamps. A 20¢ stamp was issued in 1982 in the Black Heritage commemorative series (Scott 2016). A 33¢ stamp in the Celebrate the Century series was issued in 1999 (3186c). And when the Legends of Baseball pane of 20 stamps was issued in 2000, the 33¢ stamp honoring Robinson was the first stamp on the pane (3408a).