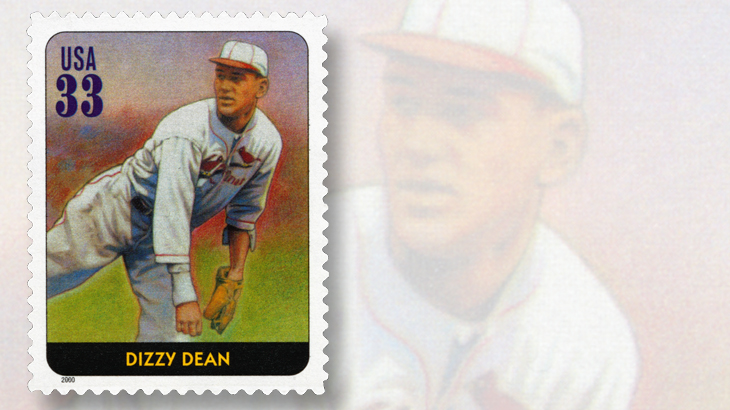 After a stint in the U.S. Army, where he acquired his unusual nickname, Dean played ball in the minor leagues for a few years before joining the St. Louis Cardinals in 1932.

His brother Paul (also a pitcher, known as Daffy Dean) joined the team two years later, and Dizzy Dean led the team with a 30-7 win-loss record, making him the last National League pitcher to chalk up 30 wins. The 1934 Cardinals team was known as the Gashouse Gang, and the Dean brothers combined to earn all four wins against the Detroit Tigers in that year’s World Series. Dizzy also won the league’s most valuable player award.

Dean’s effectiveness faltered following a 1937 injury, and the next year he was signed by the rival Chicago Cubs. He retired after the 1941 season, but returned to pitch part of one game for the St. Louis Browns in 1947 before retiring for a second career as a baseball announcer.