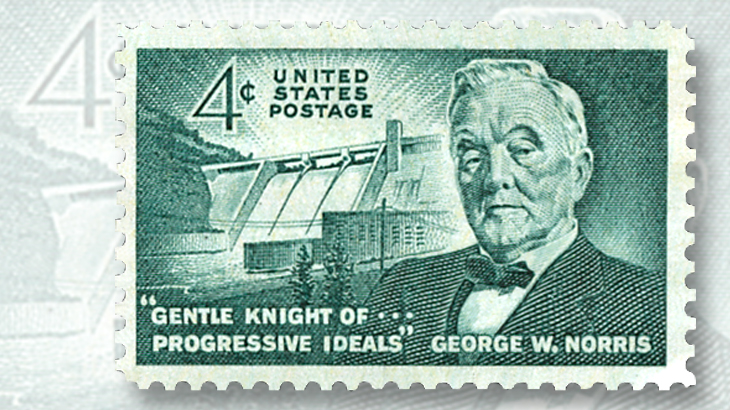 Though affiliated with the Republican Party, Norris was an independent liberal who backed progressive legislation and supported many of President Franklin D. Roosevelt’s New Deal policies, while opposing FDR on other initiatives.

Roosevelt characterized Norris as “the very perfect, gentle knight of American progressive ideals.” Part of that quote is inscribed on the Norris stamp.