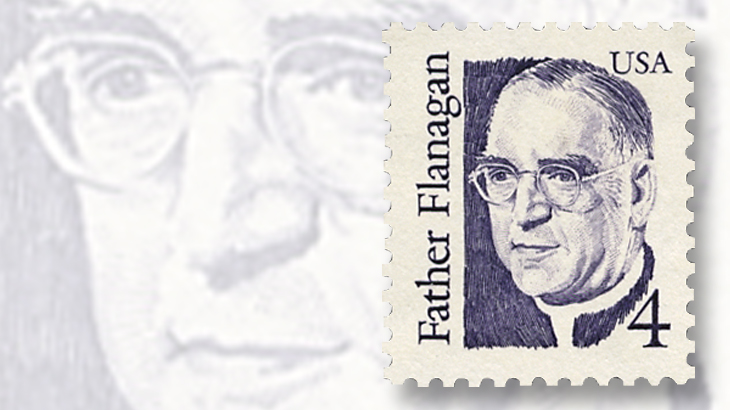 Social reformer Father Edward J. Flanagan was the founder of Boys Town, near Omaha, Neb., an individual and family services organization with a focus on providing support for at-risk children.

Within five years, Flanagan rented a home in Omaha to provide shelter for five boys in his care. His project grew quickly, and in 1918, he established Boys Town, caring for dozens of youngsters who were orphaned, homeless or in need of help.

In  1921, the facility moved to a location just west of Omaha, where it is headquartered today, offering support and education for boys and girls and their families. Several additional Boys Town sites are located in other parts of the United States.

Father Flanagan was honored on a 4¢ Great Americans definitive stamp issued July 14, 1986, one day after the 100th anniversary of his birth (Scott 2171).