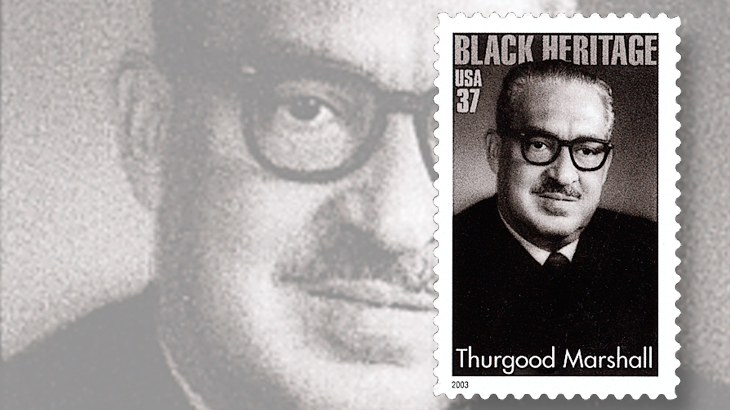 A native of Baltimore, Md., Marshall attended Lincoln University in Pennsylvania and Howard University School of Law in Washington, D.C., graduating with honors from both institutions.

Soon after obtaining his law degree, Marshall joined the National Association for the Advancement of Colored People as part of its national staff, arguing its civil rights cases and representing the NAACP before the Supreme Court.

In 1954, Marshall successfully argued the landmark school desegregation case, Brown vs. Board of Education of Topeka.

In 1961, Marshall was appointed to the United States Court of Appeals for the Second Circuit by President John F. Kennedy. He was named Solicitor General by President Lyndon Johnson in 1965; Johnson tapped him again two years later to fill the vacancy on the Supreme Court. Marshall retired in 1991.