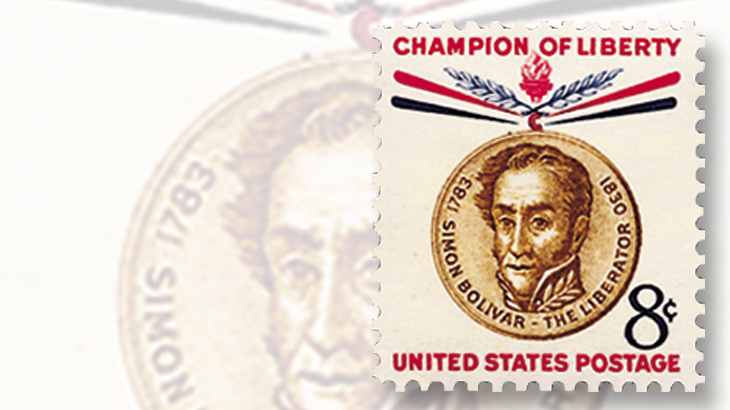 South American revolutionary leader Simon Bolivar on a 1958 8¢ stamp in the U.S. Champions of Liberty series.

During his 47 years, Bolivar fought for independence for Venezuela from Spain, a successful campaign that led to his leadership in independence movements across South America. Bolivar is known as “the Liberator,” a phrase that is inscribed on U.S. stamps honoring him.