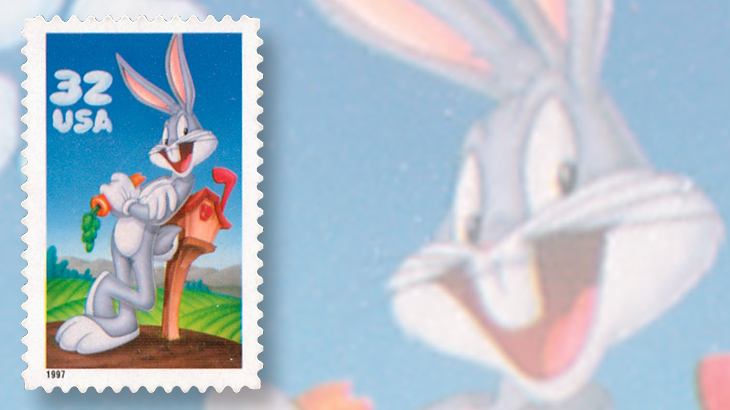 It was on July 27, 1940, that a character recognizable as Bugs Bunny first appeared on the big screen, in an animated Merrie Melodies short feature titled A Wild Hare.

Bugs was voiced by the great Mel Blanc in that early feature, and in the many features that followed for close to 50 years. Bugs' first spoken words in A Wild Hare, "What's up, Doc?," became his standard catchphrase.

There were a few earlier incarnations of a rabbit character in the late 1930s, including one named Happy Rabbit, but the release of A Wild Hare is considered Bugs' official debut.