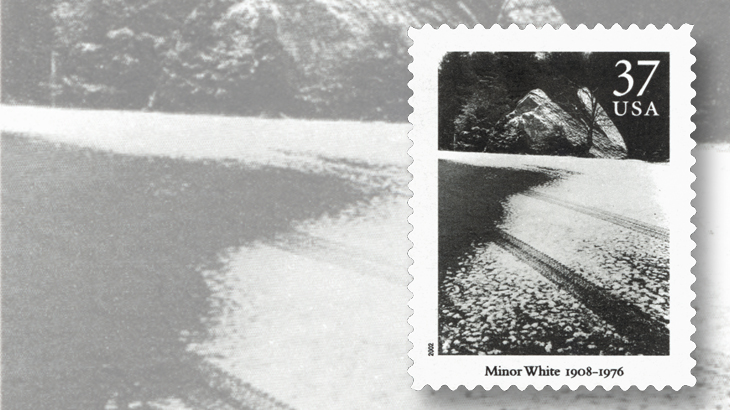 Minor White was honored on a 37¢ Masters of American Photography stamp in 2002.

Printed on the liner paper behind the self-adhesive stamp was this information about the photographer and his work:

“A major figure in the expressive movement in art photography, Minor White (1908-1976) was an innovative photographer intent on conveying deep personal feelings through his work. Comitted as well to the spiritual and the sacred in art, White excelled in using symbolic representation, as depicted in Bristol, Vermont, 1971. The arrow on this snowy road represents the concept of passage.”

White was a photographer for the Works Progress Administration in the late 1930s, and served in the U.S. Army during World War II.

He later lived and worked in New York City and San Francisco, and taught photography at the Massachusetts Institute of Technology.