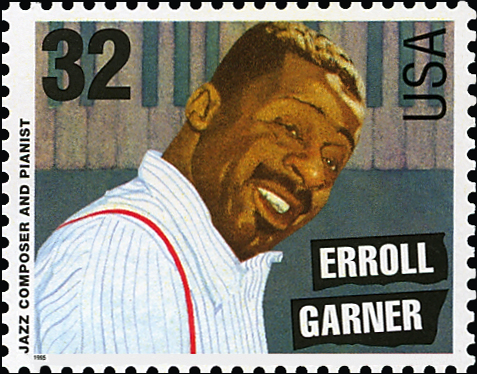 A highly respected jazz composer and a virtuoso pianist, Erroll Garner was born June 15, 1921, in Pittsburgh, Pa. Garner achieved international fame for his composition Misty, a popular jazz standard, but he was also recognized for his innovative performance technique and his influence on a generation of musicians.

Self-taught as a musician, Garner never learned how to read music. He could reproduce music he heard almost note-for-note, and by age seven was performing on a Pittsburgh radio station.

After releasing Misty in 1954, Garner formed his own three-piece group and found further commercial success with his 1955 recording Concert by the Sea.

Garner appeared regularly on television, as a guest on The Ed Sullivan Show, The Steve Allen Show, The Tonight Show with Johnny Carson, and other popular programs.

Garner suffered from emphysema later in life and died of cardiac arrest at age 55 on Jan. 2, 1977.