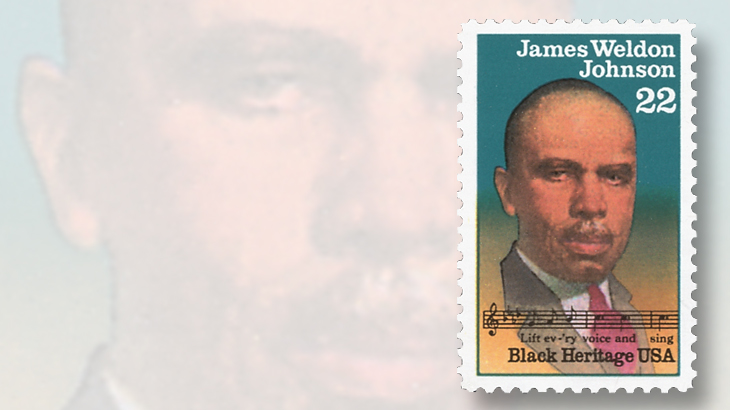 Civil rights activist, songwriter, educator, and writer James Weldon Johnson was born June 17, 1871, in Jacksonville, Fla. He graduated from Clark Atlanta University in 1894 and earned his master’s degree there in 1903.

Johnson continued his education, studying law while teaching school, and would become the first black attorney to be admitted to the Florida bar. He later earned doctorates from Talladega College in Alabama in 1917, and Howard University in 1923.

For several years, Johnson collaborated with his brother John on songs for musical theater, and together they wrote the inspiring anthem Lift Every Voice and Sing. Johnson was also a published writer of short stories, poetry, novels, and essays.

He became involved in civil rights efforts during college, and worked as an organizer and field secretary for the NAACP. He was named executive secretary of the organization in 1920.

A supporter of President Theodore Roosevelt, Johnson was appointed by the president to serve in diplomatic positions in Venezuela and Nicaragua from 1906 to 1914.