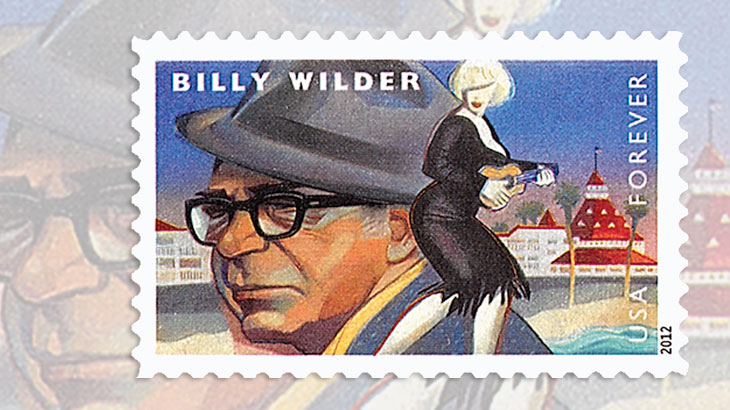 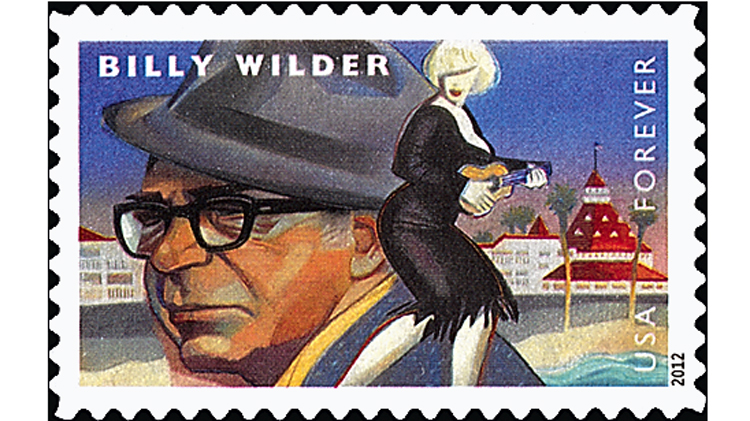 Film director Billy Wilder was born Samuel Wilder on June 22, 1906, in a region of the Austro-Hungarian Empire that is now southern Poland.

The forever stamp honoring him in 2012 (Scott 4670) is part of a set of four depicting great film directors, but Wilder was also an important screenwriter and producer, eventually winning Academy Awards in all three categories.

As a young man, Wilder worked as a newspaper writer in Berlin and wrote a screenplay for the successful silent film Menschen am Sonntag (People on Sunday). He left Germany for France as the Nazis came into power in the 1930s, and then moved to Hollywood, where he would write (often with collaborators) and direct a long string of now-classic films, including Double Indemnity (1944), Sunset Blvd. (1950), Sabrina (1954) and The Seven Year Itch (1955).

The stamp honoring Wilder also shows Marilyn Monroe, in a scene from his 1959 comedy Some Like it Hot.