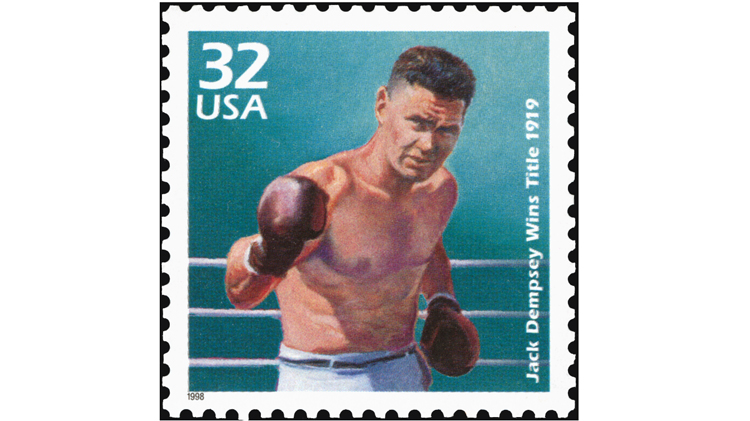 The back of the stamp has an inscription that reads, “Known as the Manassa Mauler because he was from Manassa, Colorado, Jack Dempsey won the world heavyweight boxing championship in 1919 and held it for seven years.”

Dempsey began his boxing career as “Kid Blackie,” but adopted the name Jack Dempsey in 1914 (his legal name was William Harrison Dempsey). With each success in the ring his reputation grew until he was matched in a title fight with the world heavyweight champion, Jess Willard, in 1919. Dempsey’s victory made him the new world champion.

He successfully defended his title over the next seven years, but was defeated by Gene Tunney in 1926, and again in a rematch the following year. Dempsey retired from boxing and opened a popular restaurant in New York City.