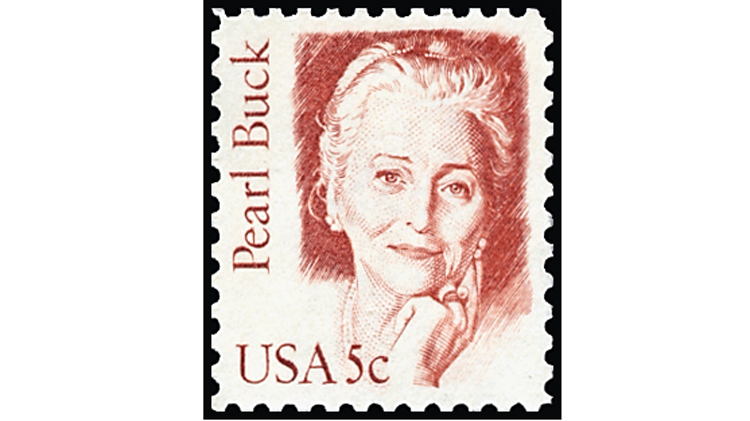 Although she spent many years of her life in China, author Pearl Buck was born in Hillsboro, W.Va., on June 26, 1892. Her birth name was Pearl Comfort Sydenstricker; she eventually took the last name of her first husband, economist John L. Buck, and used it throughout her professional life, even after their divorce and her remarriage.

Pearl's parents were American missionaries serving in China, but they had returned to the United States while on leave when Pearl was born. The family moved to eastern China just months after Pearl's birth, and lived there while Pearl was growing up. Raised in the midst of Chinese culture and language, Pearl became quite familiar with the country's traditions.

She studied at Randolph-Macon Woman's College in Virginia, graduating in 1914, but returned to China as a university teacher and began writing articles and stories based on her experiences and observations in China.

Her first novel, published in 1930, was East Wind, West Wind. One year later, she published The Good Earth, an immense best seller that won the Pulitzer Prize in 1932.

Buck was also awarded the 1938 Nobel Prize for literature. She returned to the United States and wrote more than 70 books, many about life in China and the cultures of the East and West. She was also active in charitable work and efforts to assist children in need and orphans.