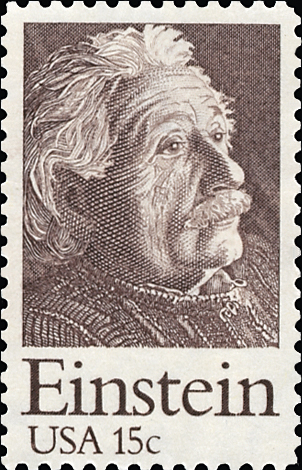 Albert Einstein was born in the southern German city of Ulm on March 14, 1879. Acclaimed as a principal founder of 20th century theoretical physics, Einstein developed his special theory of relativity and an understanding of the photoelectric effect when he was in his mid-20s. It was his explanation of the photoelectric effect — describing how electrons are emitted from a surface when light shines upon it — that resulted in his winning the 1921 Nobel Prize for physics, and which eventually led to the practical use of solar panels.

The Nobel Prize was also awarded for Einstein's "services to Theoretical Physics," according to the prize committee.

Einstein struggled in school and dropped out before graduation, but would resume his studies in Switzerland at the Federal Polytechnical School in Zurich. After his papers on relativity and other subjects were published, he gained recognition in the scientific community and he accepted a position at the University of Berlin.

He completed his general theory of relativity in 1915, but the rise of Nazi power in Germany convinced him to leave for the United States in 1932, where he accepted a position at the Institute for Advanced Study at Princeton, N.J. He became an American citizen in 1940.

A purple 8¢ stamp honoring Einstein was issued March 14, 1966, as part of the Prominent Americans definitive series.