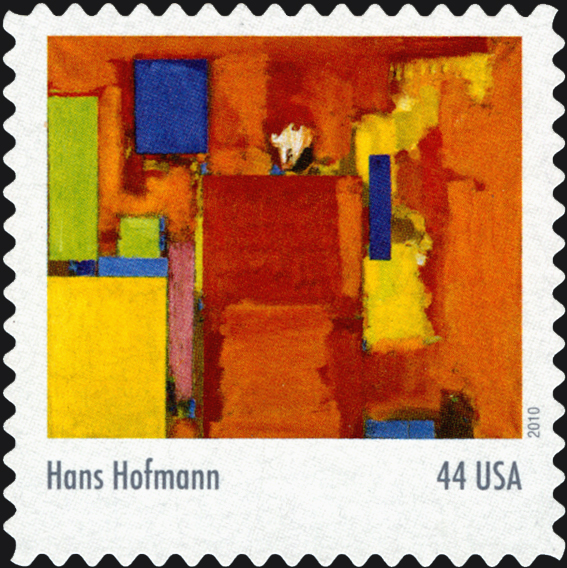 Early works were exhibited in Berlin when Hofmann was in his late 20s, and he would begin his own art school in 1915. He accepted a teaching opportunity at the University of California at Berkeley in 1930, and eventually moved to New York, where he continued teaching art and painting. He became an American citizen in 1941.

Hofmann used the phrase "push and pull" to describe how the relationship between color and shapes on his canvases conveys the perception of depth and movement.

This technique is exemplified on Hofmann's 1961 oil on canvas painting The Golden Wall, which is featured on the pane of 10 Abstract Expressionists stamps issued by the United States Postal Service on March 11, 2010 (Scott 4444a).

The Golden Wall is in the collection of the Art Institute of Chicago.