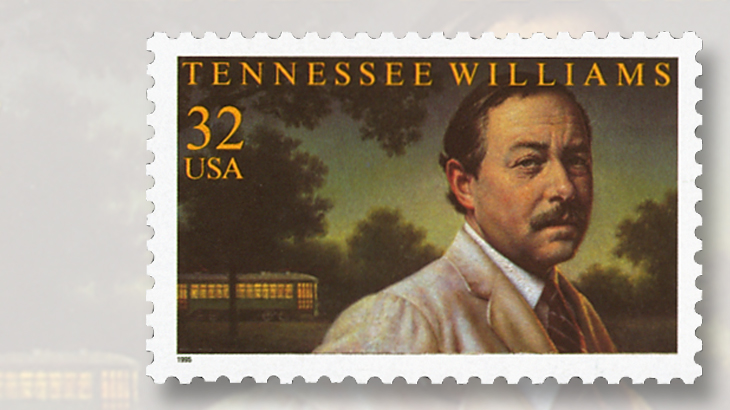 American playwright Tennessee Williams, commemorated on a 32¢ stamp in 1995.

Many of his plays have been filmed as successful motion pictures starring some of the industry’s most respected actors, including Richard Burton, Elizabeth Taylor, Paul Newman and Joanne Woodward.

Vivien Leigh and Marlon Brando starred in the 1951 film version of A Streetcar Named Desire; Brando was also in the 1947 Broadway production.

A 33¢ stamp honoring the Broadway production of A Streetcar Named Desire was included as part of the 1940s set in the Celebrate the Century series (Scott 3186n).