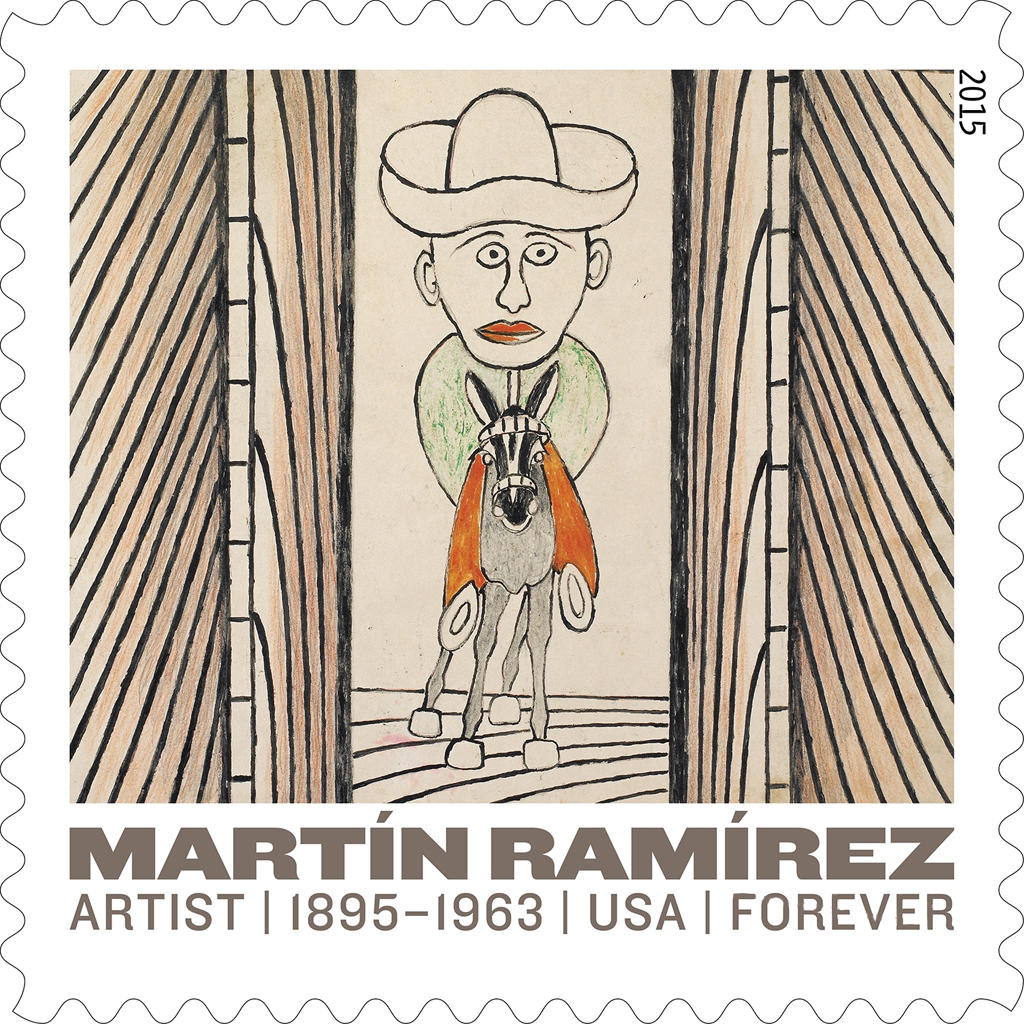 Information about the early life of Martin Ramirez is sketchy, though it is known that he was born in Mexico on March 30, 1895.

On March 26, 2015, the United States Postal Service issued a set of five stamps honoring Ramirez. The stamps show five different designs from the more than 450 drawings and collages by Ramirez that have been preserved.

Ramirez migrated from Los Altos de Jalisco (near Guadalajara) to the United States in 1925, looking for work that would help him support his wife and children left behind in Mexico.

He was eventually diagnosed as schizophrenic and spent the rest of his life — more than 30 years — in U.S. psychiatric hospitals.

After several attempts to escape, Ramirez, who rarely spoke, began concentrating on creating artwork. He fashioned his own paper from discarded mail, flattened paper cups, brown bags, examining table paper and other scraps, and used matches, ink and graphite and other materials to complete his drawings.

Announcing the stamp set, the Postal Service said, "Although confined to psychiatric hospitals for more than 30 years, Ramirez transcended his own situation to create a remark­ably visualized world free from the constraints of borders or time itself."