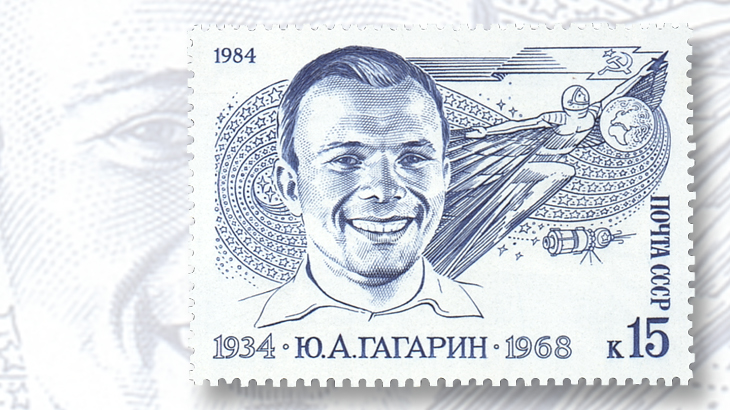 The first person to travel into space, Yuri Alekseyevich Gagarin, was born March 9, 1934, in Klushino, Russia. The family moved to Gzhatsk in 1946; the town, a little more than 100 miles west of Moscow, was renamed Gagarin in 1968.

Yuri Gagarin began working in a Moscow foundry when he was 16, but then began attending technical school in Saratov, where he joined a flying club.

He entered Orenburg Pilot School in 1955, and qualified for the Soviet air force two years later. He was chosen for the Vostok space program in 1960, and on April 12, 1961, he was launched into space aboard the Vostok 1 spacecraft, completing a single orbit during his 108-minute flight.

It was Gagarin’s only space mission. The charismatic cosmonaut was hailed as a hero throughout the Soviet Union and the world, but his later work in the space program did not include additional spaceflights.

Gagarin died at age 34 on March 27, 1968, when his plane crashed during a training flight with instructor Vladimir Seryogin.

The space-travel pioneer was honored on stamps from the Soviet Union almost immediately after his first flight (Russia Scott 2463-2465), and he has been similarly commemorated many times over the years.