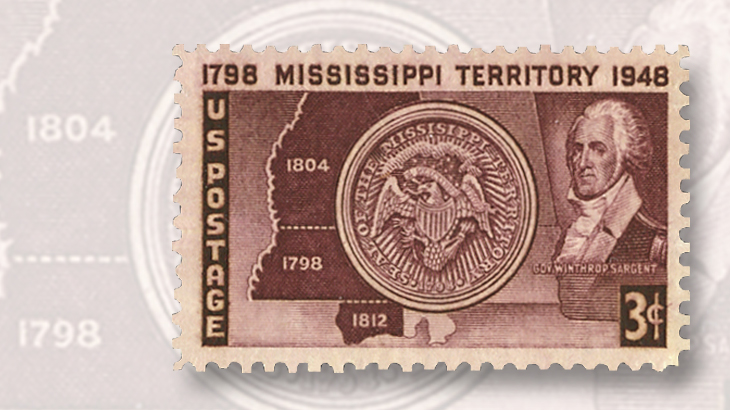 Winthrop Sargent, the first governor of the Mississippi Territory, is depicted on the 3¢ stamp issued in 1948.

Sargent was born May 1, 1753, in Gloucester, Mass., and graduated from Harvard College. During the Revolutionary War he served with Gen. Henry Knox as an officer in the artillery. He fought in numerous important battles, including the siege of Boston, the battle of White Plains, N.Y., the battle of Monmouth, N.J., and others.

After the war, Sargent was employed as a surveyor and later named secretary of the Northwest Territory. Following his appointment as Mississippi Territory governor, Sargent sought to establish a local government in the face of strong political opposition. After three years, he was replaced by newly elected President Thomas Jefferson. With his retirement from government, Sargent remained in the territory at his plantation in Natchez.