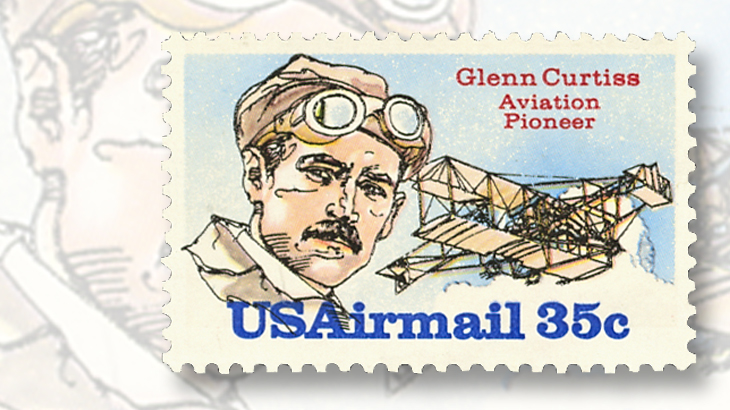 At age 19 he married Lena Pearl Neff, and in 1900 he opened a bicycle shop. Curtiss developed an interest in motorcycle production and in 1907 he set a land speed record on a motorcycle of more than 136 miles per hour.

One of his motorcycle engines was used to power a dirigible in 1904, and Curtiss was soon involved in airplane development as part of the Aerial Experiment Association.

In 1910 Curtiss set a distance record by piloting his Curtiss Hudson Flyer for 134 miles. The Curtiss JN-4 “Jenny” was produced during World War I, and appeared on the first U.S. airmail stamps, issued in 1918 (Scott C1-C3).