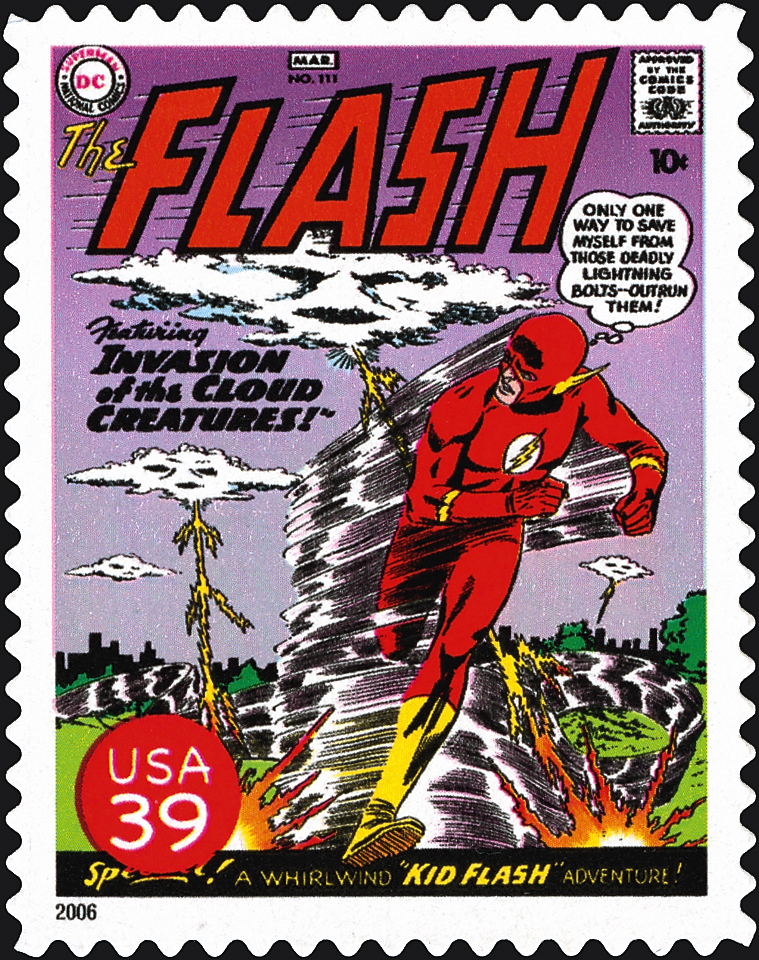 One of two 39¢ stamps for the DC Comics superhero the Flash. Both stamps show art by Carmine Infantino, who was born May 24, 1925. Infantino was credited on the back of the stamp pane.

A celebrated comic book artist, editor and publishing executive, Carmine Infantino was born May 24, 1925. He was 81 years old when his name appeared on the backing paper for two self-adhesive postage stamps that featured his artwork: the 39¢ The Flash stamp (Scott 4084f) and the 39¢ Cover of The Flash No. 111 stamp (4084p).

Born in Brooklyn, N.Y., Infantino studied art in high school and was just 16 when he found employment creating comic book illustrations. He began working for DC Comics during the 1950s, and there he developed a modern-day counterpart to the golden age superhero from the 1940s, the Flash.

Infantino created a new red uniform with a lightning bolt insignia that has now been identified with the Flash, "the fastest man alive," for more than 60 years. He would also be involved in developing other popular heroes for DC, including Batgirl and Elongated Man.

He was one of the comic industry's most popular cover artists and became the publisher at DC in 1971. He would later do some work for rival comics publisher Marvel before returning to DC.

Infantino died at age 87 on April 4, 2013 — nearly six years after his name appeared on those two United States stamps depicting his comic art.