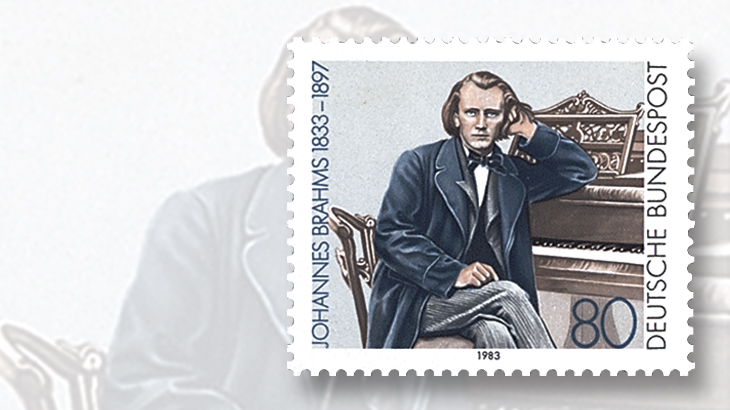 Even those who never listened to classical music are likely to recognize the soothing strains of Brahms’ Lullaby, known as Wiegenlied in the composer’s native German.

The composer, Johannes Brahms, was born May 7, 1833, in Hamburg, Germany. He received musical training from his father and showed an early talent for the piano. In 1853, he met Robert Schumann and his wife Clara, both composers, and was taken into their home, but Robert was institutionalized soon after and died in 1856. Brahms was close to Clara, who was 14 years older, but he never married.

His musical efforts included serving as conductor at the Vienna Singakademie, but he also worked on his compositions, premiering his choral work, A German Requiem, in Bremen in 1868, and his first symphony eight years later. He embarked on concert tours and was highly respected throughout Europe.

Brahms died of cancer in 1897 at age 63. Today he is often grouped with Johann Sebastian Bach and Ludwig van Beethoven as the three “B’s” of classical music, a trio of spectacular German composers.

Brahms has been honored on many stamps issued by countries all over the world. A 1983 80-pfennig issue from Germany commemorated the composer’s 150th birth anniversary with a portrait of Brahms posed at the keyboard (Scott 1394).