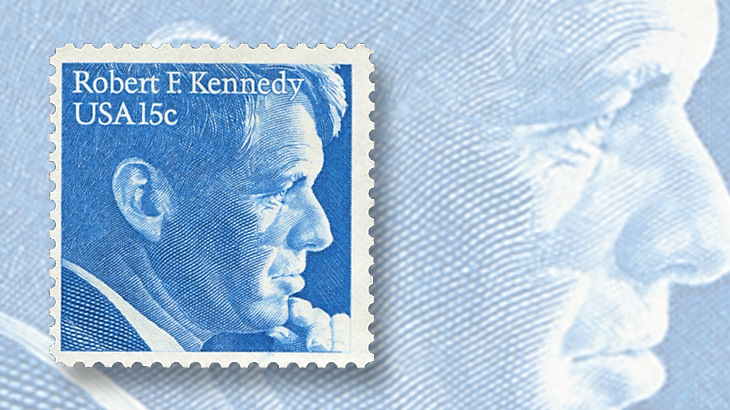 Robert Francis Kennedy, known as “Bobby,” was born Nov. 20, 1925, in Brookline, Mass., the seventh of nine children in the prominent Kennedy family.

Bobby Kennedy would serve his country as the United States Attorney General and as a Democratic U.S. senator from New York. His brother John was a senator from Massachusetts and the country’s 35th president; another brother, Edward (“Ted”) was a Massachusetts senator for almost 47 years.

During World War II, Kennedy served in the Navy, undergoing stateside training until he was assigned to the destroyer USS Joseph P. Kennedy Jr., named for his older brother Joe, a Navy bomber pilot who was killed on a mission over England in 1944.

He married Ethel Skakel in 1950, and the family would grow to include 11 children.

Kennedy served as campaign manager when his brother John successfully ran for the Senate in 1952, and again in 1960 when John ran for president. Bobby was named U.S. Attorney General in his brother’s cabinet, and also served in that position for the first nine months of the administration of President Lyndon Johnson.

Bobby Kennedy was a strong supporter of the civil rights movement and of helping underprivileged children. In the year after John Kennedy’s assassination in 1963, Bobby successfully ran for the U.S. Senate seat from New York.

Within four years he would announce his intention to run for president in the 1968 election, but he was killed by an assassin in California just after he won the state’s primary election.

Ten years after his death, a 15¢ blue commemorative stamp honoring Kennedy was issued Jan. 12, 1979 (Scott 1770). In announcing the forthcoming issue, the United States Postal Service said Robert F. Kennedy “exemplified the spirit of an important era in American life and was one of America’s most prominent political figures in recent decades.”