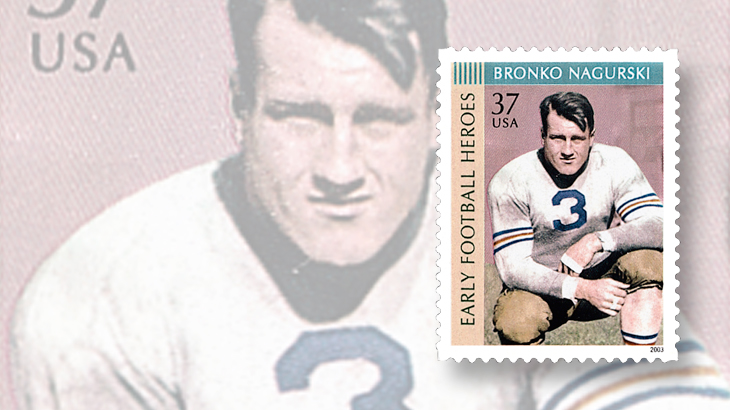 Pro football star Bronko Nagurski played nine years for the Chicago Bears and created a successful career for himself as a professional wrestler.

Born Nov. 3, 1908, in Rainy River, Ontario, Canada, football player Bronislau “Bronko” Nagurski had a successful college career at the University of Minnesota before joining the Chicago Bears as a fullback in 1930.

As a college player he was an All-American in three seasons and at two different positions, tackle and fullback. With the Bears, he was almost an unstoppable force, pounding through the opposing team’s line.

Nagurski became a star, but in the depths of the Great Depression, his salary grew smaller as his fame expanded. He also enjoyed success as a professional wrestler, and after nine seasons he left the Bears. He returned for one final season in 1943, but remained dedicated to his wrestling career, retiring in 1960.

When the Pro Football Hall of Fame inducted its first class in 1963, Bronko Nagurski was included. In its 1999 list of football’s greatest players, the Sporting News ranked Nagurski at No. 35.

In 2003, the United States Postal Service selected Bronko Nagurski as one of four players to be honored in its set of 37¢ Early Football Heroes stamps (Scott 3808).