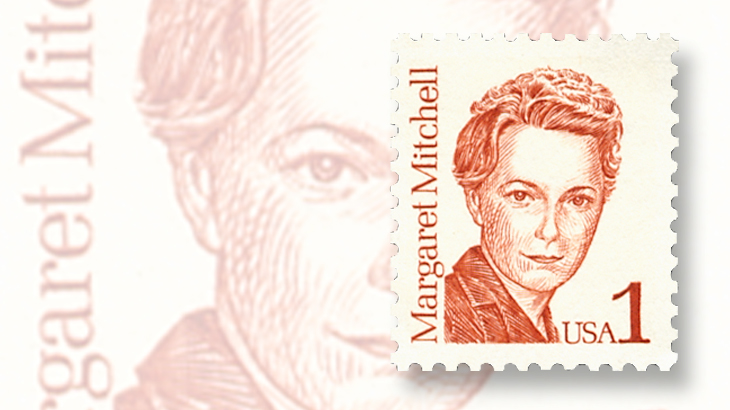 Margaret Mitchell, born Nov. 8, 1900, in Atlanta, Ga., was the author of Gone with the Wind, a novel of the American South set during the Civil War. The book became one of the most famous works of fiction of the 20th century.

Published in 1936, the historical novel earned its author the Pulitzer Prize for Fiction in 1937, and two years later it became an Academy Award-winning film starring Clark Gable and Vivien Leigh.

Mitchell attended public school in Atlanta and the Washington Seminary, and studied briefly at Smith College in Massachusetts before leaving school and finding work as a reporter for the Atlanta Journal.

Mitchell was married twice: to Berrien Kinnard Upshaw in 1922 (the marriage was dissolved), and to John Robert Marsh in 1925.

It was during this time that she resumed writing fiction, which she had experimented with as a teen. A novelette titled ‘Ropa Carmagin was rejected by the publisher Macmillan, but the much longer Gone with the Wind was accepted for publication.

Mitchell skyrocketed to an uneasy fame with this unexpected success, and she never wrote another novel. During World War II she volunteered in the war effort by aiding the American Red Cross.

In 1949, while walking to an Atlanta movie theater with her husband, she was struck by a car speeding on the wrong side of the road. She died five days later, on Aug. 16, 1949.