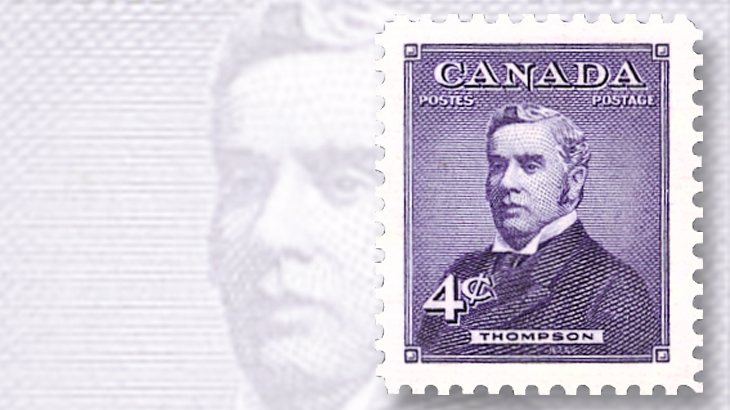 The fourth prime minister of Canada, Sir John Sparrow David Thompson, was born Nov. 10, 1845, in Halifax, Nova Scotia. After studying at the Free Church Academy in Halifax, he became a lawyer, and entered politics as a Halifax alderman.

He married in 1870, and the following year he converted to Catholicism, the religion of his wife, Annie. He was named attorney general of Nova Scotia in 1878, and served briefly as premier of the province during 1882.

A member of the Liberal-Conservative Party, Thompson was appointed by Canadian Prime Minister Sir John Macdonald to the Supreme Court of Nova Scotia, serving for three years before Macdonald chose him as the nation’s minister of justice in 1885. When Macdonald died in 1891, Thompson was considered a likely successor to lead the nation, but Sir John Abbott, who had supported Thompson for the position, was chosen by the Conservative Party after Thompson declined.

Abbott retired with health concerns in 1892, and Thompson accepted the position of prime minister of Canada, becoming the first Catholic to hold that office. While at Windsor Castle in England in 1849, accepting an appointment by Queen Victoria to her Privy Council (an advisory body), Thompson died unexpectedly of a heart attack at age 49.

Thompson was supportive of women’s rights and widely respected throughout his career. In a biographical sketch of Thompson published in 1895, Gilbert John Clark wrote, “He had a thorough knowledge of law, was a man of ceaseless industry, and was blest with unerring judgment.”