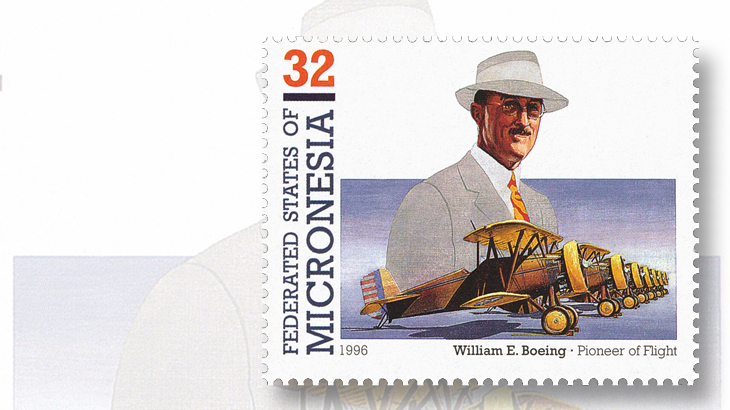 William Edward Boeing, who founded the aviation company that still bears his name today, was born Oct. 1, 1881, in Detroit, Mich.

Boeing attended Yale University but left before graduating to enter the timber business, as his father had done before him. Living and working in Seattle, Wash., Boeing learned to fly airplanes from Glenn L. Martin and purchased a Martin plane.

Boeing retired in 1934, but remained active in property development near Seattle. He died Sept. 28, 1956.

William E. Boeing has appeared on stamps from several countries, including Micronesia, which in 1996 issued a 32¢ stamp honoring Boeing in its Pioneers of Flight commemorative series (Scott 238g).