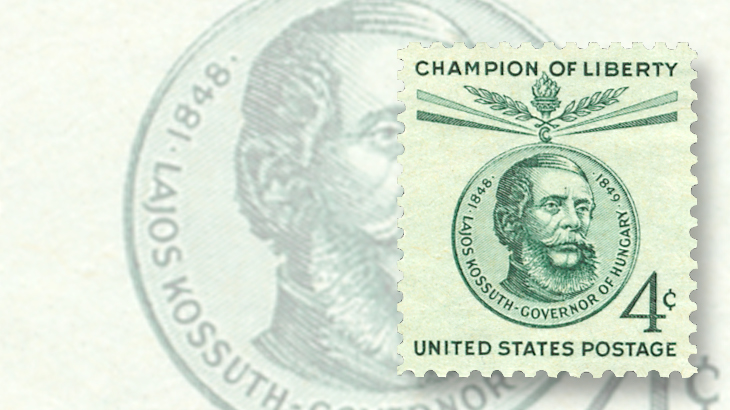 Hungarian political reformer Lajos Kossuth is featured on two stamps issued in 1958 in the Champion of Liberty commemorative series. 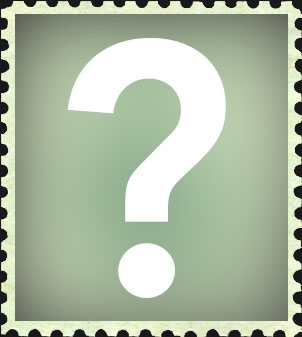 Who is the mystery birthday stamp subject for Sept. 19?
Previous
Next

Lajos Kossuth, the 19th-century political reformer who sought freedom for Hungary from the Austrian Empire, was born Sept. 19, 1802, in Monok, Hungary.

Kossuth is commemorated on two stamps in the United States Champion of Liberty series, both issued Sept. 19, 1958, on the 156th anniversary of Kossuth’s birth: a 4¢ green (Scott 1117), and an 8¢ stamp printed in carmine, ultramarine and ocher (1118). Each stamp shows a portrait of Kossuth on a medal that includes the wording, “Lajos Kossuth, Governor of Hungary,” and the dates 1848-1849.

In the 1830s, Kossuth participated in the Hungarian parliament — the Diet — and advocated for political reform. He was known as an effective orator, and his detailed writings about the political sessions made him a popular figure, but also brought him under the scrutiny of the government.

He was imprisoned for three years, but continued his efforts for change following his release. He led the 1848 Hungarian rebellion and served briefly as president, but was forced to resign when Russian forces joined with Austria to end the revolution.

Kossuth was widely admired in the United States as a proponent of democratic ideals, and he traveled throughout America in 1851 and 1852, giving speeches to large crowds, addressing the Congress of the United States, and meeting with President Millard Fillmore and Abraham Lincoln.