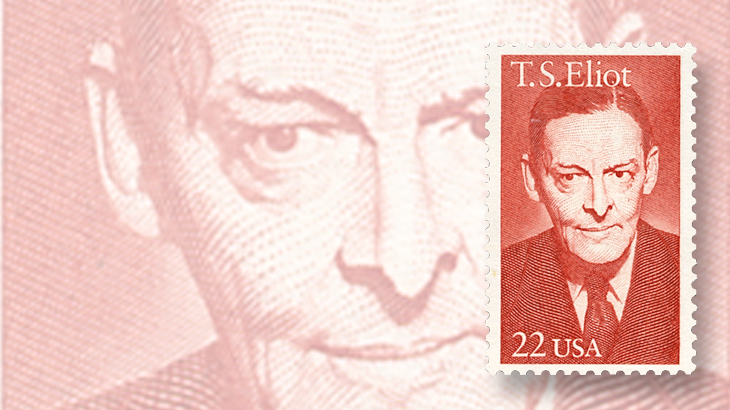 There are a number of United States stamps honoring individuals who were born in other countries, but who came to the United States and eventually took U.S. citizenship.

And then there is T.S. Eliot.

Eliot also wrote essays and literary criticism, as well as several plays, including Murder in the Cathedral (1935) and The Cocktail Party (1949), which won a Tony Award for best play.

After Andrew Lloyd Weber created the musical Cats, based on Eliot’s Old Possum’s Book of Practical Cats, Eliot was posthumously awarded two more Tony Awards in 1983 for book and score.

The 1948 Nobel Prize in Literature was awarded to Eliot “for his outstanding, pioneer contribution to present-day poetry.”