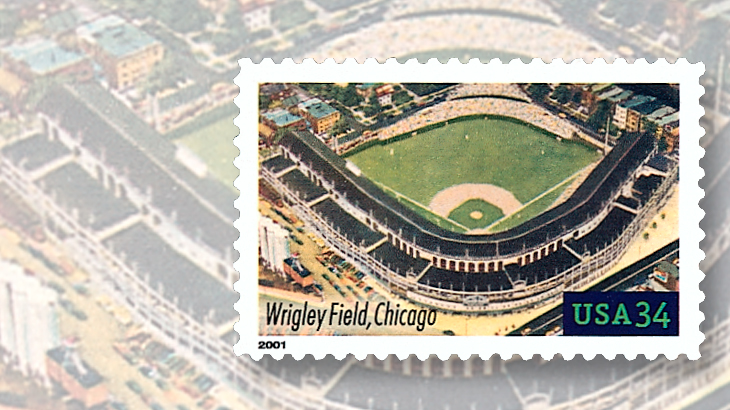 Wrigley Field in Chicago is named for William Wrigley Jr., the chewing-gum magnate who was also owner of the Chicago Cubs baseball team.

William Wrigley Jr. was a business leader and marketing innovator who made his line of chewing gums among the most widely recognized brands in the United States.

He was also an owner of the Chicago Cubs baseball team, and for almost 80 years the Cubs’ stadium has been known as Wrigley Field in his honor.

Wrigley was born Sept. 30, 1861, in Philadelphia, Pa. His father was a soap manufacturer, and young Wrigley worked as a salesman for his father’s business.

In 1891 he moved to Chicago and marketed soap and baking powder before establishing his gum business, finding great success with his Spearmint, Doublemint and Juicy Fruit flavors.

Wrigley and other investors bought the Chicago Cubs and moved them into the stadium built in 1914 (and originally named Weeghman Park after another of the team owners). Wrigley became the team’s sole owner by 1921, and renamed the stadium Cubs Park. It became Wrigley Field in 1927.

Wrigley Field is the second oldest baseball stadium in America, after Fenway Park in Boston.