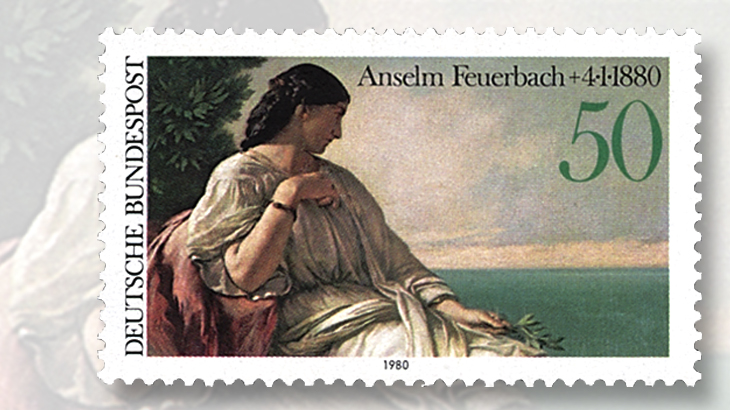 The artist Anselm Feuerbach was born Sept. 12, 1829, in Speyer, a German town in Rheineland-Palantine.

His father was the renowned archaeologist Joseph Anselm Feuerbach, and his uncle, the philosopher Ludwig Feuerbach, was commemorated on a €1.44 German stamp in 2004 (Scott 2289).

Anselm Feuerbach studied at the Dusseldorf Art Academy and in Munich before moving to Paris in 1851. An admirer of the old Italian masterworks, Feuerbach developed his own style rooted in the classics, and lived for many years in Rome, where he met his muse, the model Anna Risi. They parted in 1866 after four years together.

Beginning in 1873, Feuerbach became a professor at the Vienna Academy of Art. He died in Venice in 1880.