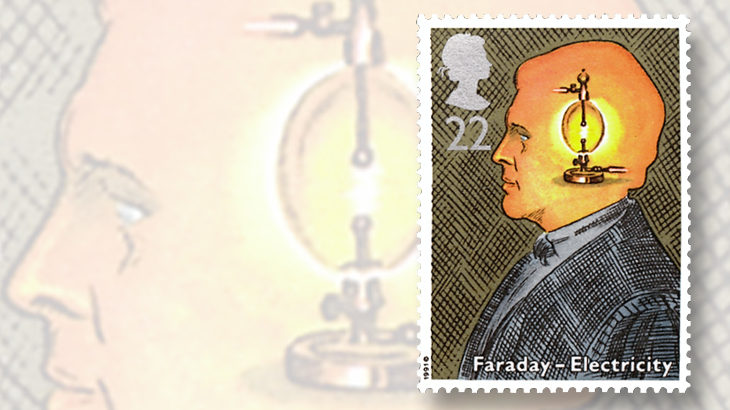 English scientist Michael Faraday was born in the village of Newington Butts, near London, on Sept. 22, 1791. As an apprentice to a bookbinder he found opportunities to read extensively and thereby developed his education and his interest in science. He attended science lectures presented by Sir Humphry Davy and recorded what he learned in notebooks he would later bind himself.

Faraday obtained an appointment in 1813 as a laboratory assistant at the Royal Institution, a British scientific research and educational organization.

Faraday died at age 75 at his residence at Hampton Court on Aug. 25, 1867. His many achievements included the invention of the electric motor and the discovery of benzene.

Faraday and his research in the field of electricity were honored on a 22-penny stamp issued by Great Britain on March 5, 1991, marking Faraday’s birth bicentennial (Scott 1360).