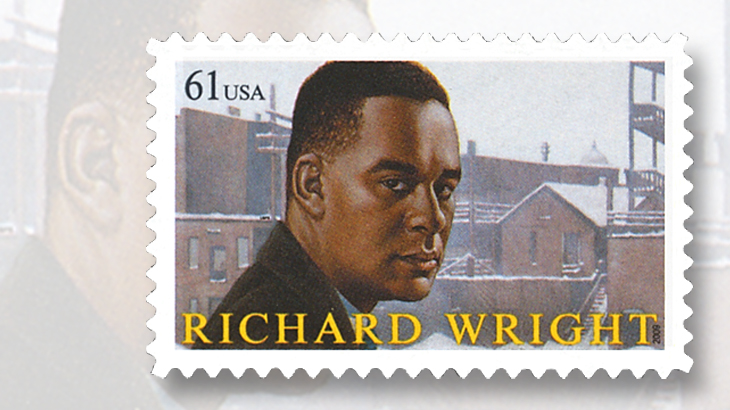 Author Richard Wright is honored on this 61¢ Literary Arts stamp issued in 2009.

“With this 25th stamp in the Literary Arts series, the U.S. Postal Service honors author Richard Wright (1909-1960). Best remembered for his controversial 1940 novel, Native Son, and 1945 autobiography, Black Boy, Wright drew on a wide range of literary traditions, including protest writing and detective fiction, to craft unflinching portrayals of racism in American society.”

The stamp honoring Wright, illustrated by Kadir Nelson, “features a portrait of Richard Wright in front of snow-swept tenements on the South Side of Chicago, a scene that recalls the setting of Native Son,” according to the Postal Service.

The portrait is based on a photograph from the mid-1940s.