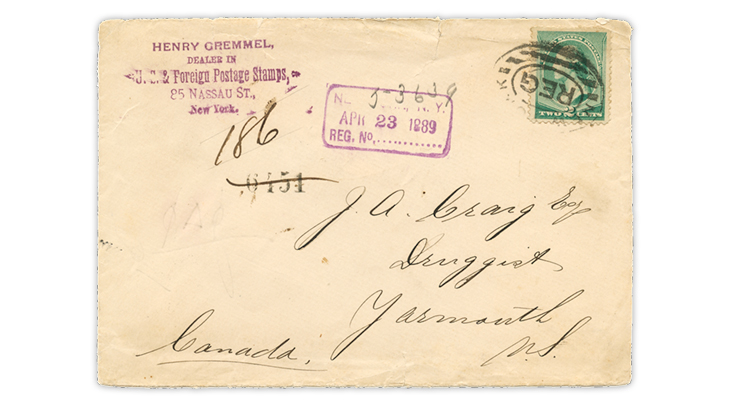 Figure 1. How could an 1889 registered letter requiring 12¢ in postage be sent to Canada for only 2¢? The sender was Nassau Street stamp dealer Henry Gremmel. 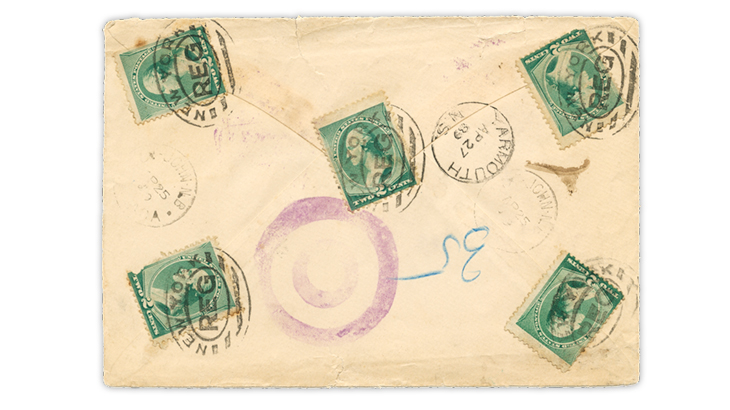 Figure 2. The reverse side of the cover in Figure 1 reveals that five 2¢ green Washington stamps of the 1887 issue paid the 10¢ registration fee.
Previous
Next

The cover in Figure 1 caught my eye when I first saw it. Franked with a 2¢ green George Washington stamp, it was sent in 1889 from stamp dealer Henry Gremmel on Nassau Street in New York City to J.A. Craig, a druggist in Yarmouth, Nova Scotia, Canada.

At the time, 2¢ was the correct rate for letter mail to Canada. However, this cover was registered and apparently contained purchases, which meant another 10¢ in postal charges in 1889. How could this registered cover have gone through the mail without the additional 10¢?

The reverse of the cover, shown in Figure 2, tells the tale. The stamp dealer had affixed five 2¢ stamps from the 1887 issue to the back of the cover.

In doing so, he provided a little extra security by sealing the envelope flaps to make it harder to get at the contents.

These days the black flap is simply canceled so that opening the envelope and resealing it without care will show a mismatch between the parts of the cancel on the flap and those on the rest of the envelope. On the whole, I like Gremmel’s method better. Of course, now it also is a requirement that stamps be placed on the front of the envelope.