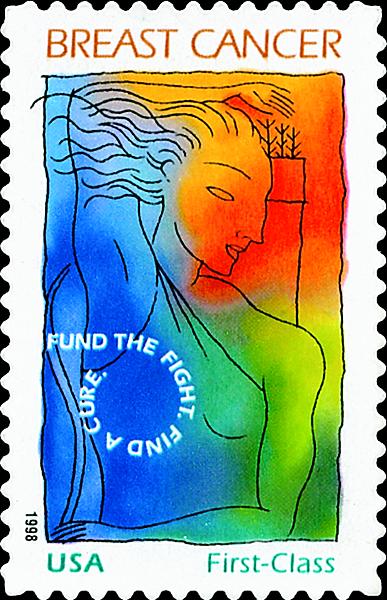 The Breast Cancer Research semipostal stamp has raised more than $80 million since it was issued in July 1988.

The funds raised above the first-class letter rate of the stamp, currently 11¢ per stamp, are transferred to the National Institutes of Health and the Medical Research Program at the Department of Defense.

This brings the total raised for Multinational Species Conservation Funds to $2,616,103.60 since the Save Vanishing Species semipostal stamp was issued Sept. 20, 2011.