BVI Philatelic Society president has a big weekend in Denver 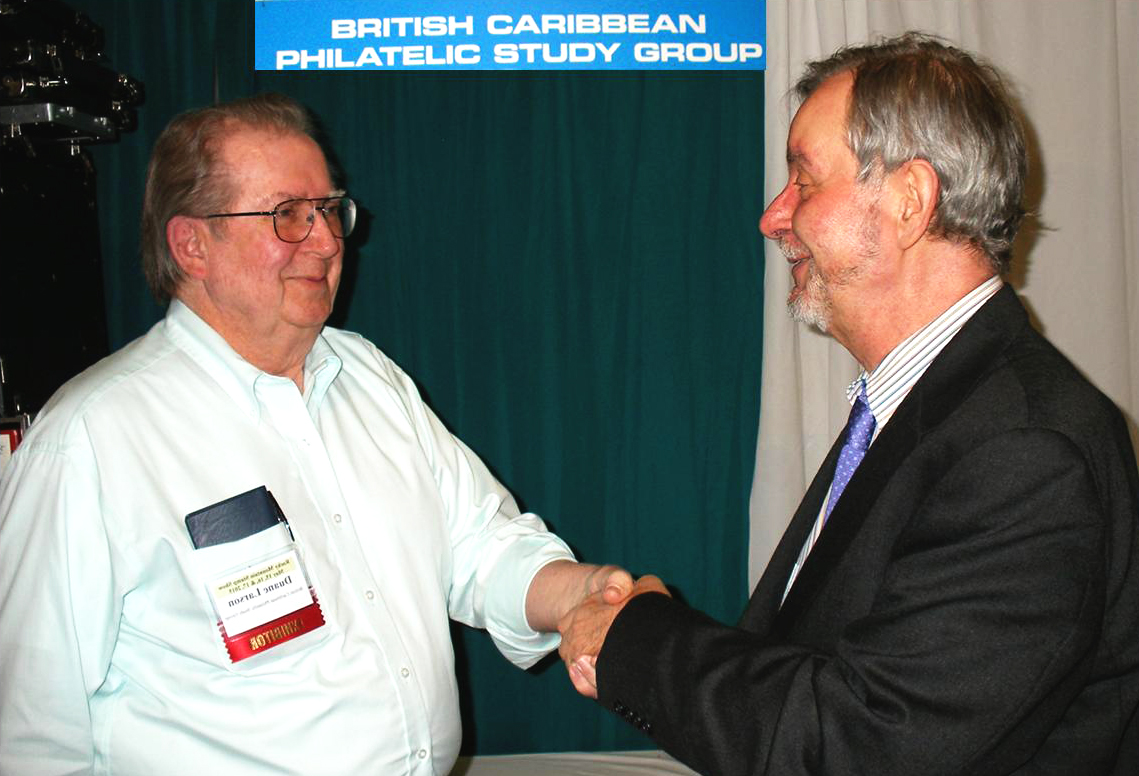 The following is a release from the British Virgin Islands Philatelic Society:

>Dr. Migliavacca presented his paper on “The Diaspora of Italian Prisoners Of War captured in Africa: 1940-1946” at the 14 May well attended pre-show Seminar on African Philately and Postal History; 13 panelists and  60 attendees came from the United Kingdom, Bermuda, Europe, Canada and USA.

Among the societies participating in the event was the British Caribbean Philatelic Study Group with a large contingent of mesmerizing exhibits; the grand award, in fact, went to the splendid collection of Richard Maisel featuring British Guyana stamps of the 1800s.  The British Caribbean Philatelic Study Group held their Annual General Meeting at Rompex; part of the proceedings included the presentation of prestigious annual awards.

Dr. Migliavacca was the recipient of the Addiss Award for lifetime achievement in philatelic writing and research. At the invitation of the co-president of the Rocky Mountains Philatelic Library, Mr. Sergio Lugo, Dr. Migliavacca was given a guided and highly informative tour of the library where he was welcomed by the Chief Librarian and staff.