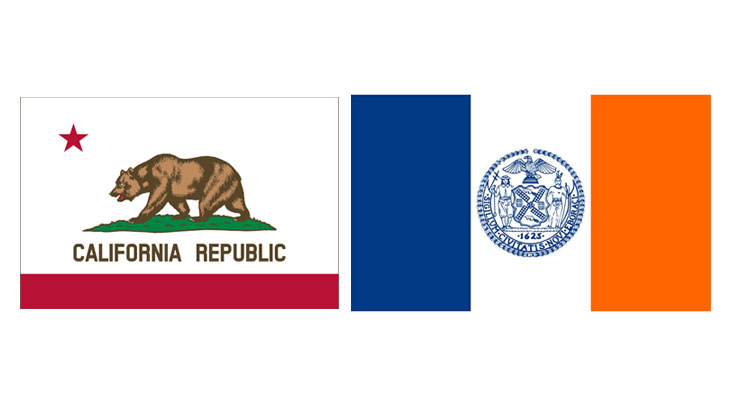 The state of California and New York City have sued the United States Postal Service over its practices regarding foreign shipments of cigarettes. The lawsuit, filed Oct. 22 in U.S. District Court in Brooklyn, N.Y., claims postal employees are turning a b

The state of California and New York City have sued the United States Postal Service, saying it is allowing “tens of thousands” of cigarette packages to be mailed from overseas to Americans in violation of the agency’s own restrictions.

The lawsuit, filed Oct. 22 in U.S. District Court in Brooklyn, N.Y., claims postal employees are turning a blind eye to the mailings from Vietnam, China, Israel and other countries as New York City and California lose millions in cigarette taxes.

The two jurisdictions ask for a court order to force the USPS to seize and destroy packages containing cigarettes.

He accused the USPS of ignoring the cigarette mail and having “enabled one of the biggest killers in our country.”

Postal regulations allow cigarettes to be shipped in domestic mail only in “limited circumstances.” Each shipment must be approved by a postal employee, the rules say.

Postal officials declined to comment on the lawsuit, saying the agency does not comment on ongoing litigation.

The lawsuit says that the USPS fails to use a list of known commercial cigarette shippers provided by the Justice Department.

Even when incoming mail is labeled as containing cigarettes, the USPS returns the shipments to the shipper, thus “allowing the shipper to simply to resend their packages, a policy criticized by the USPS inspector general,” the announcement from de Blasio said.

Also, according to the mayor’s announcement the USPS might be shipping as many as 600,000 cartons (6 million packs) of cigarettes to California alone each year, costing the state in excess of $19 million in lost taxes.

The New York state and New York City’s tax loss is estimated at more than $21 million a year, the statement said.

This lawsuit comes after the Postal Service has come under fire from Congress for ignoring a flow of illicit opioids mailed from China to U.S. residents despite promises to slow the use of the mails for this practice.