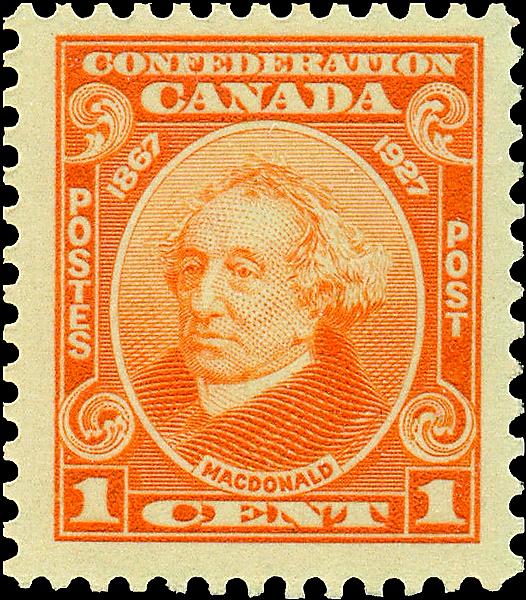 Sir John A. Macdonald on a 1¢ Canadian stamp from 1927. A new stamp honoring Canada’s first prime minister will be issued in 2015.

Women’s World Cup soccer, dinosaurs and Sir John A. Macdonald are among the subjects slated to appear on Canadian stamps in 2015. Several familiar stamp series will return next year as well.

In late July, Canada Post announced its 2015 stamp program in the July-August Details magazine. Specific information was not available for some of the stamp subjects, and no stamp artwork was provided.

The new subjects include a stamp to commemorate the 200th birth anniversary of Canada’s first prime minister, Sir John A. Macdonald. Stamps are also planned for the 50th anniversary of Canada’s flag, responsible pet ownership, John McCrae’s World War I poem In Flanders Fields, dinosaurs and prehistoric creatures, and the 2015 FIFA Women’s World Cup, which will take place in Canada.

It is likely that additional stamp issues will be added to the lineup.