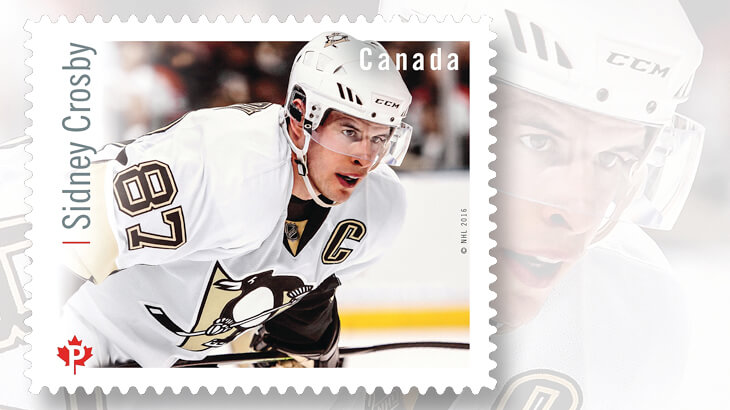 In a historic rematch Sept. 24, Canada meets Russia in the World Cup of Hockey semifinals in Toronto, Ontario.

Against the setting of that historic rematch recalling the Summit Series some 44 Septembers ago, Canada Post on Sept. 23 unveiled six stamps and a souvenir sheet honoring six great Canadian hockey forwards.

Hailing from five Canadian provinces, these six hockey legends collectively played in more than 8,300 NHL games, scored more than 3,800 goals and 5,700 assists, and between them won 18 Stanley Cup Championships.

“This year’s collection represents a special group of players; each one a marquee player whose impact was felt by those on the ice, behind the bench, in the stands, and at home,” says NHL Deputy Commissioner Bill Daly. “The NHL is proud to congratulate this year’s elite class of honourees.”

All six players participated in the stamp-unveiling ceremony in the Esso Great Hall, home of the Stanley Cup. Canada Post put complete ordering details on the Internet, but its website crashed under the demand from fans.