Put yourself in the U.S. Capitol for September’s cartoon caption contest 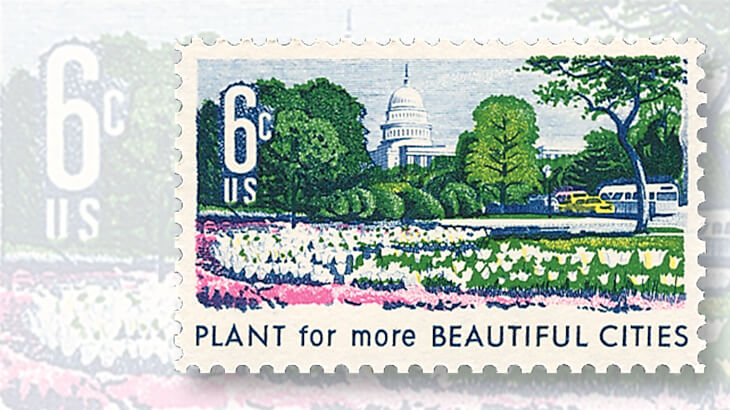 The cartoon caption contest stamp for September is the 1969 6¢ stamp showing the U.S. Capitol in a pastoral setting that likely belies what is going on under the dome, given the current election and other divisive issues in Congress. Put yourself in the s

From robocalls to television to sometimes divisive discussions with friends and family to the front page of your daily newspaper, you can’t escape the ever-present presidential election. Why should the cartoon caption contest swim against the tide?

Realizing that half the entries on this subject probably will not be printable, I have selected the 1969 6¢ Beautification of America stamp showing the Capitol with azaleas and tulips (Scott 1365) for the September cartoon caption contest.

Put yourself under the dome as a senator or Congressional representative and tell me what you might be thinking or saying to your colleagues about the current election. Or if you prefer, you can ruminate on beautification, stamp collecting, any other issue before the Congress (such as its own pay and benefits, United States Postal Service reform, etc.), or a topic of your own choosing.

To be considered for the prizes, entries must reach me no later than Sept. 23.