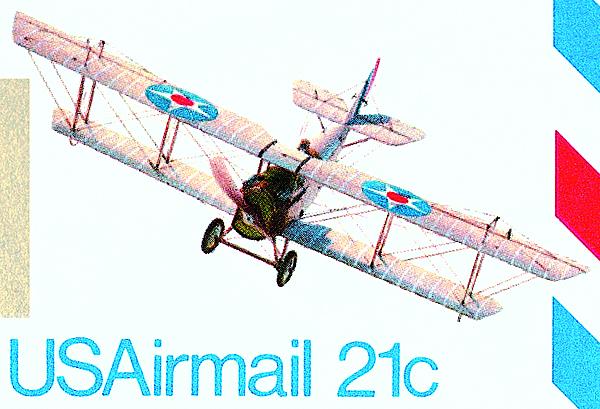 The 1978 United States 21¢ Curtiss (JN4H) Jenny airmail postal card (Scott UXC17) is very difficult to find in used condition and would be a good buy at the 2015 Scott Specialized Catalogue of United States Stamps and Covers value of $40. Mint examples have a catalog value of $1. 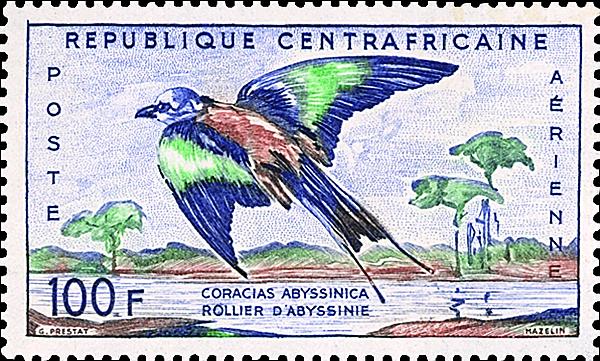 The Central African Republic’s first set of airmail stamps (Scott C1-3) featuring African birds is a good buy in mint never-hinged condition in the $10 to $15 price range. The Scott catalog value is $22.

Also, its eight major tribal or ethnic groups are divided by language and culture, and a religious division exists between Christians and Muslims.

The republic descended into civil war and chaos in 2013.

Despite all of this, the country’s postal administration has contracted out for the production of a number of attractive and popular topical stamps, many with production values similar to those of the stamps of France.

One of the nicest is the 1960 first airmail set of three Bird stamps (Scott C1-3). The stamps are colorful and attractive with the bright plumage of the birds on full display, and the set is popular with bird topical collectors.

The 2015 Scott Standard Postage Stamp Catalogue values the set in mint never-hinged condition at $22. The set is currently selling in the $10 to $15 price range, and it is a good buy in that range.

Unused hinged sets are being offered in the $7 to $9 range, but they generally are not selling.

Many of the designs are eye-catching, and most of these cards are highly affordable in mint condition or as first-day covers.

However, for more of a challenge look for contemporary nonphilatelic postally used examples, which usually have catalog values exponentially higher than those in mint condition.

We like the 1978 21¢ Curtiss (JN4H) Jenny airmail postal card (Scott UXC17). The Scott U.S. Specialized catalog values a used example at $40 with the price in italics, indicating that the item is rarely offered or sold.

This postal card would be a good buy at $40.

However, before buying, make sure that the postal card is correctly used and in period. Uprated cards used after the rate period are of little value. — H.G. & R.M.