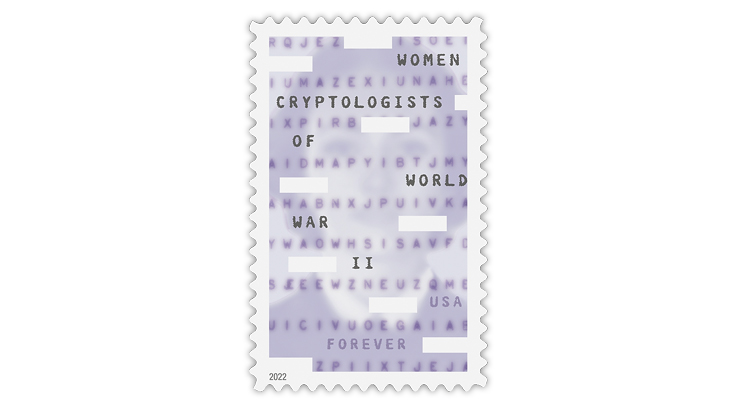 A registration form for the ceremony is available online.

According to the USPS, 11,000 women helped to process and decipher enemy military messages during WWII.

“Today, they are widely considered STEM pioneers, whose contributions opened the door for women in the military and have helped shape information security efforts for future generations,” the USPS said.

The stamp art features a recruitment poster for Women Accepted for Volunteer Emergency Service (WAVES) along with letters from the Purple code used by the Japanese government to encrypt diplomatic messages.

“Established in July 1942, the WAVES (Women Accepted for Volunteer Emergency Service) were part of the U.S. Naval Reserve,” the USPS said. “The key to the Purple code was discovered by a female cryptologist with the U.S. Army’s Signal Intelligence Service.”

Antonio Alcala designed the stamp and served as art director.

The stamp will be issued in a pane of 20. The selvage of the pane will feature seemingly random letters that can be deciphered. The cipher needed to read the words will be on the reverse side of the pane.