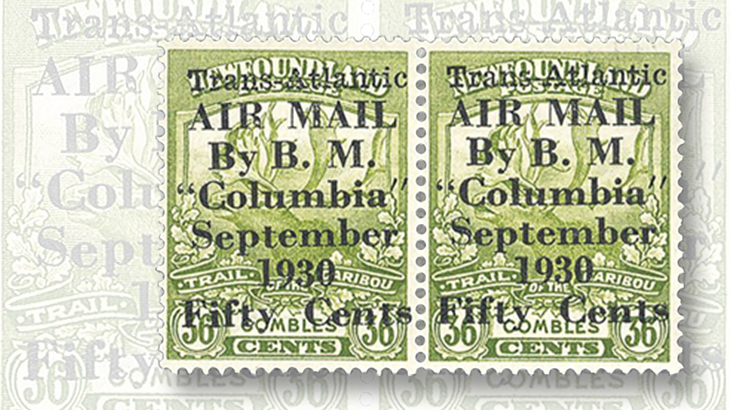 This rare pair of the Newfoundland 50¢-on-36¢ Caribou provisional overprint for the flight of “Miss Columbia” in 1930 fetched $16,100 at the Cherrystone auction. 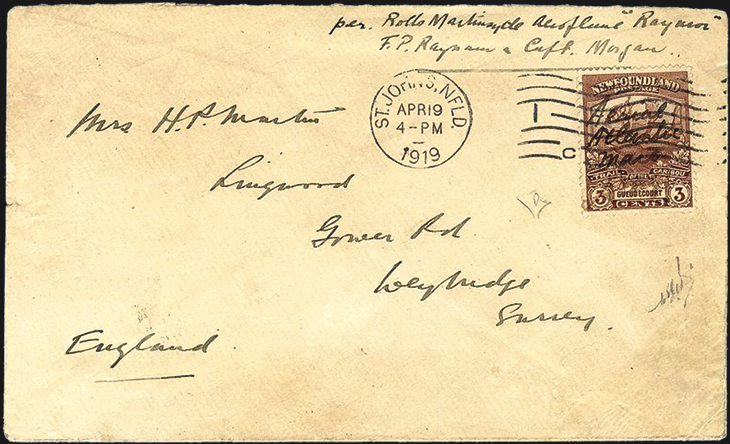 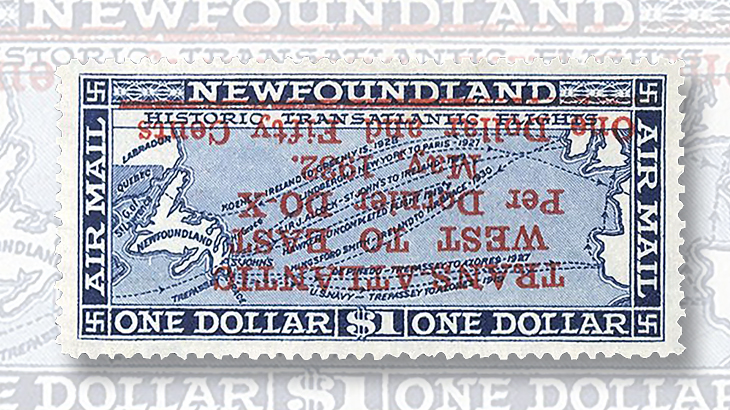 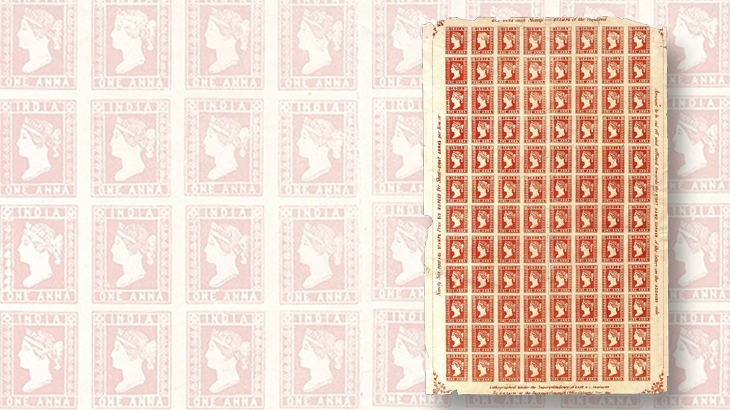 A realization of $27,600 was achieved for this “spectacular showpiece,” a full sheet of 96 of India’s 1854 1-anna stamp, die II, with most marginal inscriptions intact. 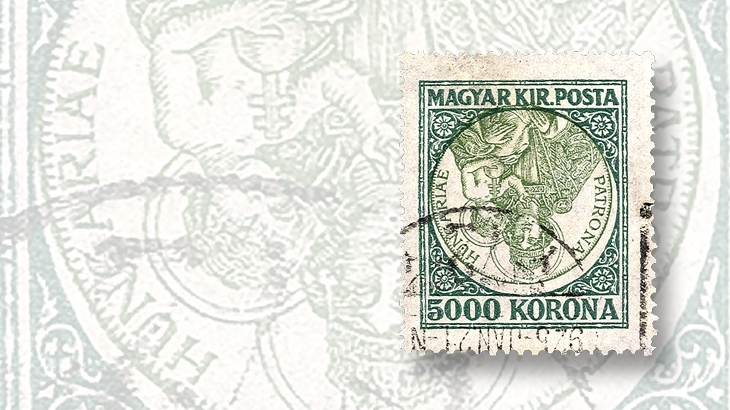 The Hungarian inverted-center error on the 1925 First Madonna 5,000-korona stamp (Scott 386a), which once belonged to noted Nazi-hunger and philatelist Simon Wiesenthal, sold for $16,100 at the Cherrystone auction.
Previous
Next

A 1919 cover with a 3¢ red brown Caribou stamp (Scott 117), bearing a manuscript overprint “Aerial Atlantic Mail / J.A.R.” is one of just 16 or so surviving from an aborted attempt to claim a £10,000 pound prize offered by Britain’s Daily Mail newspaper for the first successful nonstop flight across the Atlantic. Called “one of the most historically significant airmail covers in existence,” it sold for $26,450, including the 15 percent buyer’s premium Cherrystone adds to all lots.

The 50¢-on-36¢ Caribou provisional overprint for the flight of “Miss Columbia” in 1930 (Scott C5), was represented by two singles and a rare pair.

Only 300 of these overprints were produced, and buyers were limited to one apiece, so surviving multiples are practically non-existent. Over half the stamps were used on mail carried on the flight, which successfully crossed the Atlantic from Harbour Grace to London, England. The unused, lightly hinged examples went for $5,175 each, while the pair fetched $16,100.

A Hungarian inverted-center error on the 1925 First Madonna 5,000-korona stamp (Scott 386a) was described as sound, well-centered and lightly canceled by a Budapest-72 datestamp. Just one sheet of 100 of these inverts is thought to have been produced, with some 38 tied up in institutional collections and others displaying faults.

The example in the Cherrystone sale, which once belonged to Simon Wiesenthal, noted Nazi-hunter and philatelist, sold for $16,100.