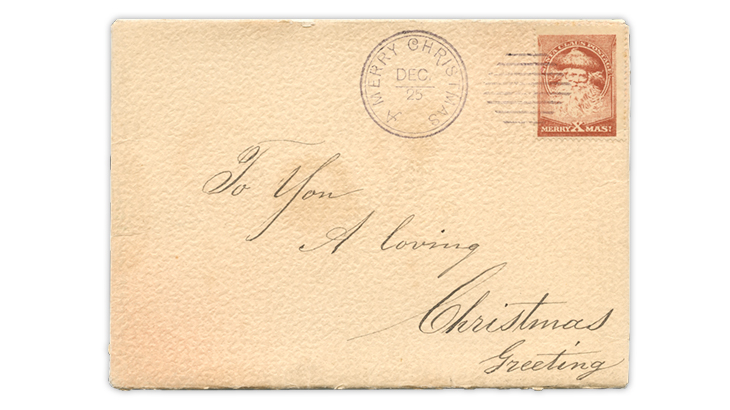 Figure 1. What looks like a cover is actually a fantasy Christmas card, complete with “A Merry Christmas Dec. 25” circular datestamp cancellation. The fantasy Santa Claus stamp is modeled on the United States 1882 2¢ definitive stamp (Scott 210), shown in 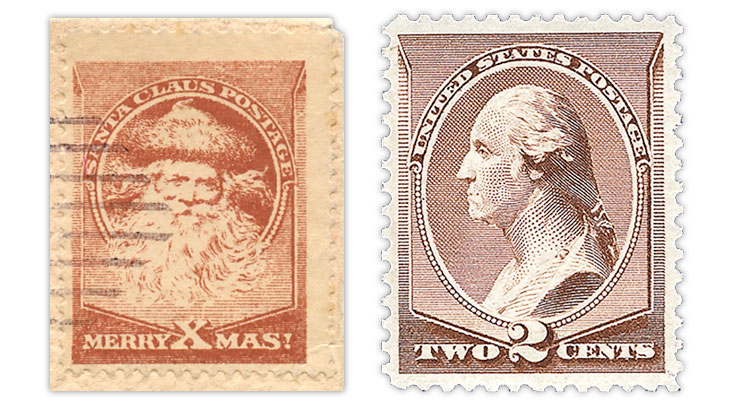 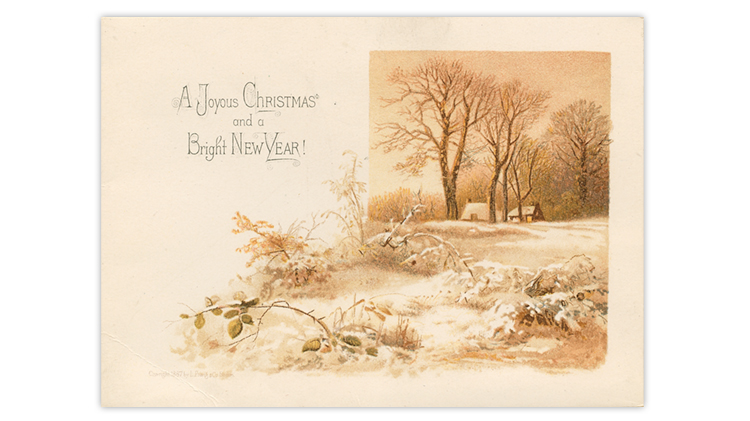 Figure 3. The Figure 1 envelope folds out to reveal this L. Prang and Co. Christmas card carrying text “A Joyous Chirstmas and a Bright New Year!” 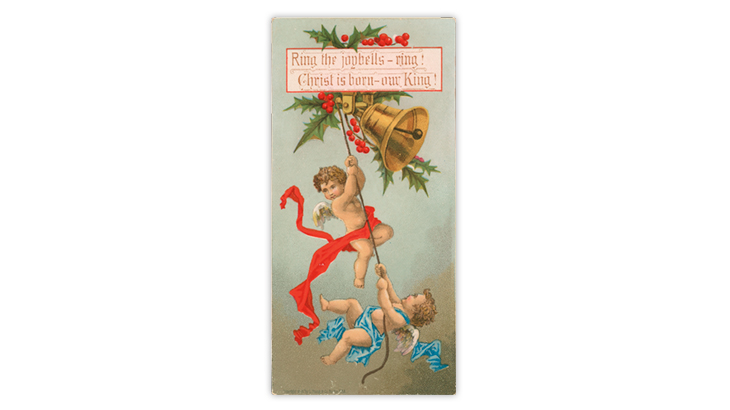 Figure 4. This Prang Christmas postcard was used as the basis for the United States 1975 contemporary Christmas stamp issue. 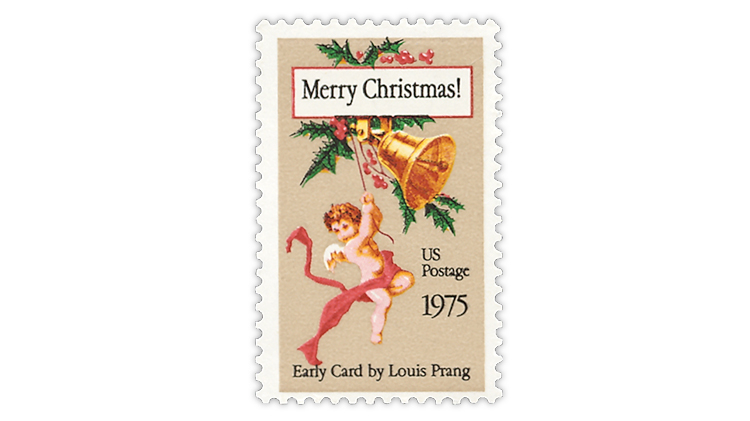 Figure 5. The design of this U.S. 1975 nondenominated Christmas stamp is based on a card by Louis Prang.
Previous
Next

“MerryXmas!” is the message on the stamp on the Figure 1 cover. The stamp also is inscribed “Santa Claus Postage,” and shows Santa as well.

Of course, it is not a real postage stamp. Its design is based on the United States 1883 2¢ red brown stamp, which is shown in Figure 2.

The fantasy stamp on the cover is printed in the same red brown color as Scott U.S. 210, but it is perforated gauge 14 instead of the normal gauge 12. Also, the actual stamp shows George Washington and is inscribed “Two 2 Cents” instead of “MerryXmas” as on the fantasy stamp and has “United States Postage” in place of “Santa Claus Postage.”

At first glance, the cover looks genuine, but a closer look reveals that it, too, is an artfully created fantasy, designed to be used as a Christmas card.

The “address” invites the recipient to look inside where he or she finds a card and holiday wishes, as shown in Figure 3.

This card includes a copyright date of 1887 by L. Prang and Co., Boston. It isn’t clear whether the stamp is also a Prang production, but I’d bet both the card and stamp were.

Louis Prang (1824-1909) was born in Breslau, Prussian Silesia (now part of Poland), where he learned engraving, textile dyeing and printing in his father’s business. The family emigrated to Boston in 1850.

Prang followed in his father’s footsteps as a printer. His company became the first to make commercially printed holiday greeting cards available in the United States in 1874. By 1881, the company was reportedly printing 5 million Christmas cards a year.

These were cards in envelopes, as postcards would not become a serious commodity until the late 1890s. But Prang’s postcards also became the gold standard in this market as well.

The Santa Claus depicted on the fantasy stamp on the Figure 1 cover was the creation of Thomas Nast, one of the premier political cartoonists of the late 19th century. Nast not only created our modern image of the kindly bearded Santa Claus, he was also the creator of the elephant and the donkey as symbols of the Republican and Democratic parties, respectively.

I would like to see both Prang and Nast honored on U.S. postage stamps some day.

On these covers, Santa doesn't just come on Christmas Eve