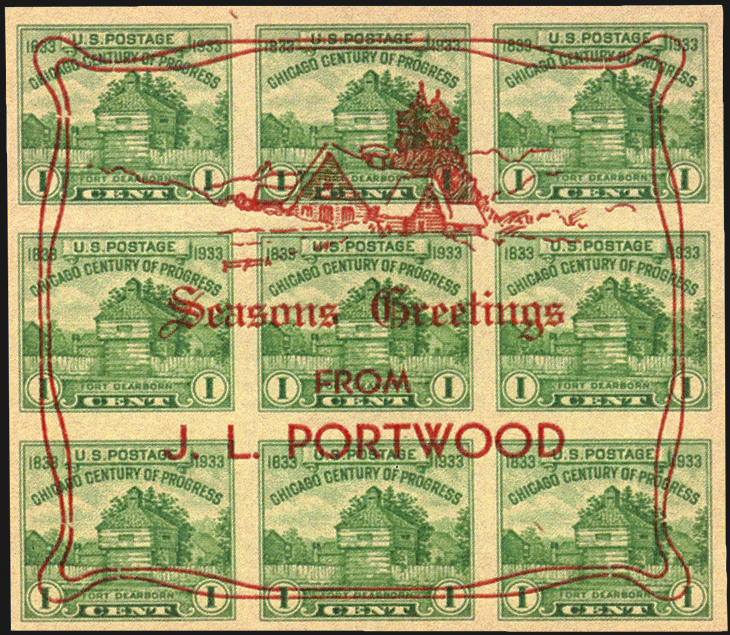 Clipped from the 1933 1¢ Century of Progress souvenir sheet, this block of nine bears a Christmas greeting overprint from stamp dealer J. L. Portwood.

What would be nicer for a stamp collector than a Christmas greeting in the form of a philatelic souvenir?

Linn’s reader Kurt Laubinger of Macedonia, Ohio, found a nice example from J.L. Portwood, a stamp dealer in the 1930s.

The souvenir, probably sent by Portwood to his customers, is an imperforate block of nine 1¢ yellow-green Chicago Century of Progress stamps from the American Philatelic Society issue souvenir sheet (Scott 730) mounted on red paper.

It is not dated, but presumably it is contemporaneous with the 1933 stamps.

I wonder how many were sent and how many have been preserved?

Linn’s readers with similar items are encouraged to report them to me, so I can share the information in a future column. Send the information to me, John Hotchner, by email to jmhstamp@verizon.net, or by regular mail to Box 1125, Falls Church, VA 22041-0125.